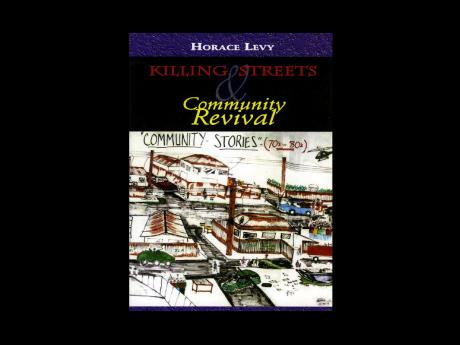 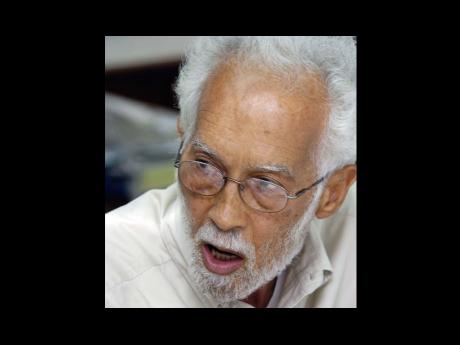 The following is the final in a series of seven excerpts from the recently published book 'Killing Streets and Community Revival', authored by Horace Levy, member of the mediation group Peace Management Initiative.

Of course, the sceptics continue to voice their doubts, concretely, that the Peace Management Initiative (PMI) and similar entities are not solving the real problem, which is to get in the guns and smash the gangs. In truth, the PMI et al are not getting in the guns. That is the job of the police and they are successful in recovering hundreds of guns annually and have removed several prominent gang leaders.

This prompt removal and conviction of criminals is a necessary and very positive step. However, given the complexity of the problem, it is not sufficient to put an end to the process that is turning inner-city youth into criminals. That is why the frequency of homicide is not going down and gang bosses are replaced by seconds. And that is also why the preventive methods of the Violence Prevention Alliance (VPA), PMI, Grace and staff and others are needed.

The more serious doubt is the sustainability of such methods in the context of a national situation marked by economic stagnation and the debilitating overhang of massive debt, which virtually paralyses any release of resources to the inner city - to solve, for example, its unemployment problem. PMI personnel them-selves have to grapple with this doubt, as they witness on the ground the fraying of ceasefires for want of follow-up in the form of jobs and income-earning projects. 'How much is realistically doable' is a real question. 'A huge amount' is the immediate answer, because the resources required are relatively small and some prioritisation by the state of its expenditures could easily meet them.

Where many youths are literally penniless, all that a group of them asks is a small shop selling basic foods, or a coop with 300 chickens and a deep-freeze, which $50,000 or $70,000, respectively, is enough to set up and stock, while the cost of a blockmaking machine at $200,000 is still relatively small. The PMI has done this kind of thing over and over and seen very positive results. In short, the amount needed to make a significant impact in own-account small business and cottage industry is not massive - and the potential role of small business is widely acknowledged ... .

The PMI and companion agencies are doing more than saving a few lives and quieting a situation that inevitably will soon burst out again. They are demonstrating to the authorities and the wider society what is possible with limited means and thereby issuing a challenge. Already hundreds of homicides have been prevented. Already hundreds of youth have turned around their lives instead of packing into the overcrowded cells of the general penitentiary.

These simple facts are being put to the State and the business sector as urgent invitations to fulfil their mandates by finding the resources required to complete the job. If they fail to respond, yes, a 'bust-out' or a worsening of an already cruel situation is possible, indeed likely ... .

Community life like the family, it is generally accepted, is fundamental to human well-being. It is because of the damage done to inner-city Kingston communities, this study has argued, that homicides have steadily climbed and reached their recent high level. Damage to the communities has also, along with other factors, hurt the family in a major way and hurt, in particular, the role of the male.

Blame for the damage to communities cannot be laid at any single door. However, a large part of it must be placed on the social exclusion and garrisoning of the inner city engineered by politicians with the cooperation of community people themselves as well as the wider society. Social exclusion created the conditions for many of the factors leading to the deterioration in family and community life. Courts, largely ineffective in criminal cases, are exclusionary, as is an educational system that turns an army of boys out into the world at age 15 with no skill and little ability to read or write. The neglect of inner-city youth by the State has been profoundly harmful. It has been truly shameful.

The result has been a culture of violence and a process of criminalisation responsible for more and more incidents of indiscriminate killing, increasing fear and unparalleled stress among community people, and panic in the wider society. The behaviour of the police, capping the exclusivism of the law and of a culture originating in Europe, only worsened an already bad situation. To have asked security forces to deal with a problem of a political, socio-economic and cultural nature, namely the manifest inequality and hardship assaulting the cherished value of respect, was ... misplaced, indeed provocative. The outcome has been devastating: ... an epidemic of murder pointing an accusing finger at political and societal leadership and the media.

Only the community-rebuilding, youth-targeting approach of the Peace Management Initiative, Violence Prevention Alliance, Grace and Staff and Crime Prevention Committees now in five parishes has been able to check the homicidal currents from continuing to run ... . Social interventions are not enough: they have to be targeted at the youth.

There are positives, therefore, but to extricate this country from where garrisonisation has plunged it will require a changed outlook in every quarter. The starting point will have to be a conscious policy by both State and civil society directed at rebuilding communities across the inner cities and towns of the country by the deployment of an army of social workers provided with adequate resources.