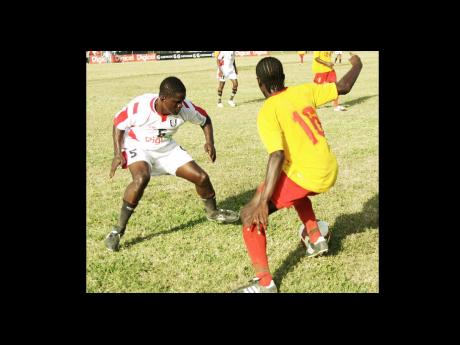 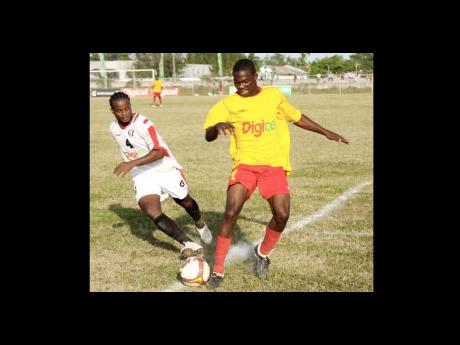 The win enabled Boys' Town to move up to third in the standings, leapfrogging Waterhouse and St Georges.

Replacing fellow forward Oneil 'Chippy' McDonald in the 52nd minute, Thompson, the former Bridgeport High Manning Cup standout, netted in the 62nd minute as Boys' Town, who have been having a miserable third round, recorded their first win in nine matches.

"I feel very good to come off the bench and score the winner," said a delighted Thompson, who has been plagued by injuries and has been in and out of the Red Brigades' line-up.

"We have been working hard to achieve what we set out to do this year, which is if we don't win, finish in at least the top three.

"Since the start of the round we have been struggling, but today was a good a result," he added.

Short and stockily built, Thompson's goal resulted from a slick move by Renae Lloyd, who outran two defenders before whipping an accurate cross to Thompson in the penalty area. The latter then obliged by hitting the cross one time past the hapless Devon Haughton in goal for the losers.

The goal brought life to what was until then a very dull game.

"It's a tough loss. We will just have to turn our attention to the round's final two games away to Waterhouse and at home to Humble Lion," said August Town captain, Rohan McDonald.

"It's (relegation battle) is very close, and though those games will be away, we have to dig in and get some positive results," he added.

Boys' Town's Shawn McKoy was sent off in the 89th minute after picking up two yellow cards.