Bruceontheloose back in winner's enclosure 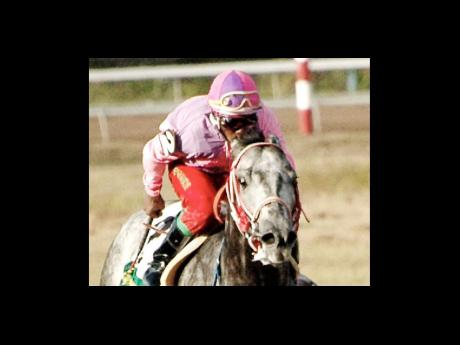 Confidently ridden by former champion jockey Brian Harding, 'Bruce' as he is fondly called, toyed with his opposition over 1350 metres before cantering to the post by four lengths in one minute, 20.88 seconds.

Only last month, the four-year-old suffered his first loss in the twin-island republic when he was beaten by Catcus Amour in the Arima Race Club Cup.

At the corner, Harding asked the grey colt for his best effort and he responded immediately to pull away from the opposition to win easily.

Just In Time, ridden by Richard Perez, stayed on to get the better of Mister Kingston for second with Fresh Prospect, ridden by apprentice Brian Boodramsingh, finishing fourth.

Bruceontheloose was one of two Jamaican successes on the day's card with Perfect Circle also entering winners' row.

The 4-1 bet, ridden by Mavin Mangalee, won the Stakes and Lower Handicap over 1700 metres. Harding was aboard the highly fancied Raging Halo for leading trainer John O'Brien but found nothing when it mattered most.

The pacesetting Sonata's Melody was second with Raging Halo a disappointing third.