Dia reaches out with 'Oh Haiti' 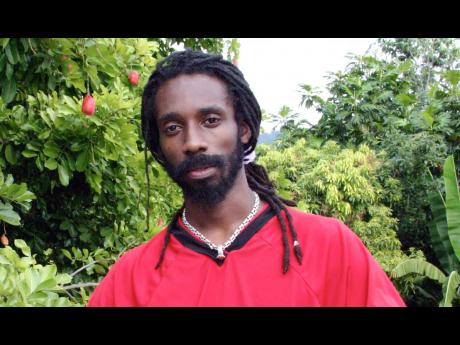 In the aftermath of the January 12 earthquake that destroyed sections of Haiti, singer/musician Dia was among the millions who tuned in daily by television to view the mass destruction in that country.

Like other musicians moved by the tragedy, he wrote and recorded a song dedicated to the people of the Caribbean country. Oh Haiti was released two months after the monster quake which the United Nations says killed 230,000 people and left 1.3 million homeless.

"Is a long time the Haitian people dem a go through sufferation, an' to see dem go through another catastrophe was really moving," said Dia.

Dia said he produced Oh Haiti at his Builders Music studio in St Andrew, and released it on his Bulldog Music label. In addition to singing, he played bass and keyboards in the song which also features his father, Dennis 'Jah D' Fearon on organ, veteran session guitarist Earl 'Chinna' Smith and Errol Barrett (son of late Wailers drummer Carlton Barrett) on drums. Proceeds from Oh Haiti will go to the relief effort in Haiti.

Oh Haiti is the second tribute song by Jamaicans to the Haiti crisis. In February, an all-star cast including Shaggy, Beenie Man and Toots Hibbert, recorded Listen 2 The Call, which was co-written and produced by Handel Tucker.

A remake of We Are The World, the 1984 response to famine in Ethiopia, was also recorded to assist the people of Haiti. Historians say the 7.0-magnitude earthquake is the worst natural disaster to hit Haiti in nearly a century.

Born Diavillan Fearon, Dia has been around the music scene for several years. He played keyboards with the Dub Station, Kausion and Firehouse Crew bands, and played guitar on Where Is The Love, from Junior Gong's Grammy-winning Halfway Tree album.

His lone album, the double-disc The Warrior, was released in 2001.