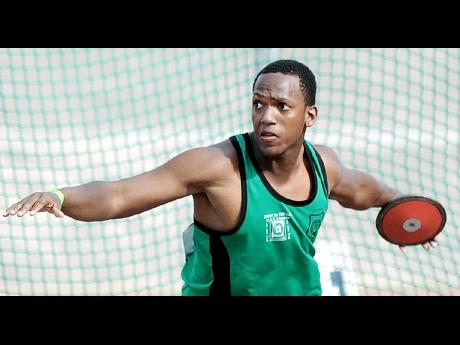 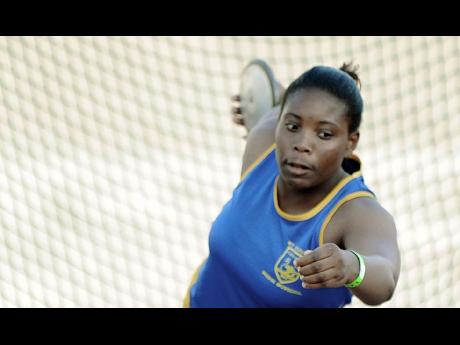 Calabar High's Traves Smikle and St Hugh's High's Candecia Bernard could improve on their national junior discus records when competition begins in Champs 100, the centenary celebration of the annual ISSA/GraceKennedy Boys and Girls' Championships, tomorrow at the National Stadium.

Smikle and Bernard improved on the national junior records at the March 6 Carifta Games Trials with marks of 59.52 metres and 48.71 metres, respectively.

Bernard has little competition in the Class One girls' event, but Smikle, World Youth Championships bronze medallist in the discus throw, will be severely tested by his Calabar teammate, Chad Wright, a former holder of the junior record.

Preliminary action in the Class One boys' discus begins tomorrow at 8:30 a.m., with the final set to start on Thursday at 5:10 p.m. The girls' Class One final takes place tomorrow at 3:25 p.m.

The four-day championships, which is expected to attract large crowds, especially on the final two days, begins tomorrow at 8:15 a.m. with the 110m hurdles, the first event in the boys' heptathlon.

More than 2,000 athletes from 95 boys' teams and 105 girls' teams are down to compete at the prestigious meet. Defending Boys' Champions Kingston College (KC) and Edwin Allen High are the early favourites for the top titles. KC will be seeking their 32nd lien on the championships trophy, while Edwin Allen are hunting their first girls' crown.