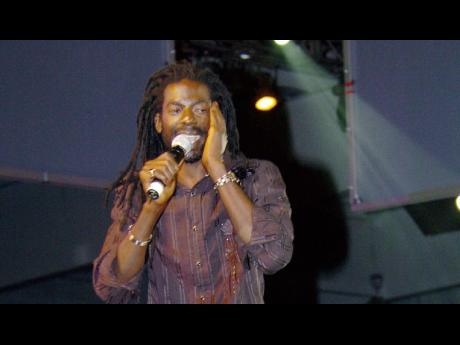 Lawyers representing reggae superstar Buju Banton have gone to court with a belated attempt to get him released on bail.

The lawyers claim that Buju, whose correct name is Mark Myrie, has not been provided with a diet in accordance with his religious views and has lost 40 pounds since being in prison,

In documents filed yesterday, the lawyers asked the court to allow a bail hearing for the dancehall star, and if bail is not allowed, to order that he be moved to a non-maximum security unit.

Buju, and two alleged co-conspirators, have been in custody in the United States since last December when they were charged with conspiracy to possess cocaine and aiding and abetting the carrying of a firearm during a drug trafficking crime.

Initially, Buju's lawyers said they would not apply for bail because his US visa had been revoked, and even if released on bond, the dancehall star would remain in custody at an immigration facility.

But in the papers filed in court yesterday, David Markus said recent developments had forced them to apply for bail or alternative relief.

"We did everything we could to avoid filing the instant motion, but the most recent actions carried out against Mark Myrie require us to seek assistance of this court," Markus said in the emergency motion.

"Although he had been able to make appropriate meals in the kitchen with food he purchased from the commissary, he does not have that ability in his new maximum security wing.

"In addition, the living areas and kitchen are unsanitary, and the showers do not work. Because he is being treated inhumanely, we have no choice but to file this motion for bond," added Markus.

He said Buju was moved to the maximum security section of the prison last week after he shared his food with a fellow inmate.

"In sum, Mr Myrie is now in a maximum security wing for caring enough to offer food to another inmate who was hungry, and genuinely believing there was nothing wrong in doing so," said Markus.

He argued that the decision to transfer Buju to the maximum security section was affecting him mentally and physically and affecting his ability to prepare for a trial which begins in three weeks.

But University of Miami Professor attorney-at-law David Rowe yesterday told The Gleaner that it was highly unlikely that Buju would be granted bail.

"Buju will not get pre-trial release because he has an immigration hold. The statute makes selling narcotics an aggravated felony for offenders and makes them subject to removal or deportation," Rowe said.

The motion is expected to be heard in court this Friday.