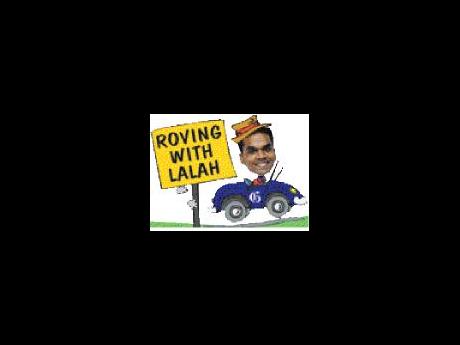 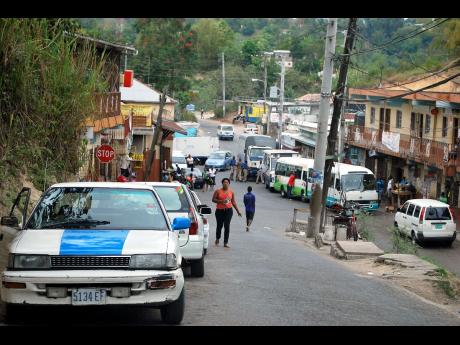 So it was early afternoon at a roomy bar in Lawrence Tavern, St Andrew recently when the ground started shaking.

First, there was a loud rumble, then the entire building started trembling like a jackhammer. It lasted for less than five seconds, but that was long enough for Pinnie, the tall fellow sitting in the back, near a slot machine, to completely freak out.

"Lawd Jeezas! Earthquake! Move outa mi way!" he yelled, and ran into the bathroom. Now, to be fair to Pinnie, it's likely that all of us inside that bar were thinking the same thing. And, with all the talk of earthquakes in the news recently, Pinnie's unflattering exclamation might very well have been warranted. There were perhaps 10 persons inside, and most looked stunned when the ground shook. I was confused. I mean, it felt like an earthquake, but nobody outside seemed at all alarmed. What happened? I hurried over to the front door.

A crowd had converged nearby and I struggled to see what was happening.

"Ah blind him blind?" someone yelled. "Ah wah him did ah do?" a woman asked. There was a large delivery truck nearby, and that seemed to have been the centre of attention. As it turned out, the driver of the truck had backed the large vehicle right up to a concrete wall at the far end of the bar. It hit the wall causing the shake we felt earlier. Somehow, the wall didn't collapse, but the event still attracted the attention of everyone nearby.

"Den driver, ah sleep yuh did ah sleep?" I heard someone ask. The driver of the truck, an unfortunate figure in a green and red merino hopped out of the truck to survey the damage. He stared at the wall for a while and scratched his head. Then, he turned around to face the crowd. "Unnu gweh! Afta di wall nuh mash up! Mind unnu business and lef mi," he said, waving his hand dismissively.

"Eh eh! Ah wah tek dis yah Claffy?" someone shouted. I stepped back inside the bar.

"Look pan dis big gyal!" yelled Jody the barmaid. Everyone started laughing and Pinnie was red in the face. "Wah?" he asked. A man standing beside me spoke up. "Den if ah did earthquake, yuh really run inna di bathroom? How dat ah go help yuh?" he asked. Pinnie rubbed the back of his neck while everyone else continued laughing. "Mi never run, mi did need fi use di bathroom. Yuh nuh see how much beer mi drink?" he said sheepishly. The laughter only got louder, causing Pinnie to retreat, yet again, into the bathroom. "Mek him tan in deh! Ah in deh him belong!"shouted Jody.