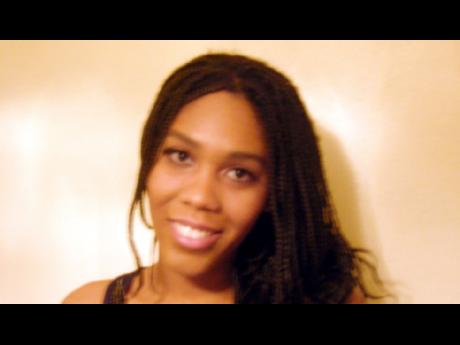 Two years ago, while she was a junior at Brown University in Rhode Island, Janine Heath was taken aback by a professor's statement that Jamaica was a failed state.

Heath, an American whose parents are Jamaican, said she found his words offensive, and decided to make a statement of her own. That came in the form of Our Hands Are Sore From Praying, a play that recently ended a brief run at the Ivy League college's Rites and Reason Theatre.

Staged in collaboration with Brown's Department of Africana Studies, Our Hands Are Sore From Praying ran from February 26-28.

In a recent interview with The Gleaner, the 21 year-old Heath said her objective was to show the prejudice and stereotypes immigrants face in the United States.

"Being born in the United States, I always felt disconnected from my heritage," Heath said. "Even though my parents made every effort to make sure I learned about the culture when I went to Jamaica to visit my family, I always felt like a foreigner," she added. "This pro-ject enabled me to connect to my roots in a strong way, and to teach people at Brown and in the larger Providence community about the issues affecting Jamaica, and the role that Americans play in the problem."

Our Hands Are Sore From Praying is built around three Jamaicans whose stories are not unique to the Jamaican experience in the US. There is George Gayle (played by American actor, Jo-An Peralta), Mocho George (Bradley Toney) and Sophie (Nkecki Eze).

George Gayle is a first-generation American of Jamaican heritage, determined to improve the image of his parents' homeland in the US. Mocho, a writer, was born in Jamaica, but lived in New York where he suffered constant racial prejudice.

Unable to make it as a writer, Mocho began dealing drugs, was caught by police, and ultimately deported to Jamaica. In Jamaica, he meets George who is in the country on a goodwill mission.

They both vie for the affection of Sophie, Mocho's former lover, who is taken with George whom she believes can help get her to the US.

Heath's parents are from Old Harbour in St Catherine. Though she has visited Jamaica many times, she said she encouraged all involved to do serious research on the country's history, to make the play authentic.

"The cast and crew were inspired to learn more about Jamaican history, culture, and current events," Heath said. "The project has started a dialogue on campus about the legacies of colonisation, and ways in which the actions of the United States has far-reaching consequences for other parts of the world."

Jamaican groups throughout the US have complained about being negatively portrayed by media as drug pushers and gang-bangers. Movies like 1990's Marked For Death, starring Steven Seagal, was one example.

Heath says Jamaicans, like her parents who immigrated in 1979 to New York City, have suffered from this. She said she has not been to Jamaica in two years, but hopes her play will be shown to audiences outside of Brown University to sensitise Americans to the plight of immigrants.