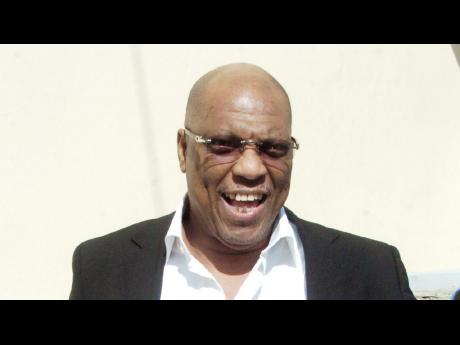 Vivian Blake, fabled founder of the notorious Shower Posse, is dead. His lawyer, George Soutar, told The Gleaner that Blake died at the University Hospital of the West Indies Sunday evening.

Soutar said he did not know the cause of death, but heard that the 54-year-old Blake was admitted to hospital Saturday with breathing problems.

Blake, Soutar added, suffered from kidney disease and had been receiving dialysis.

Blake was deported to Jamaica in January 2009 after serving eight years of a 28-year prison sentence in the United States. In 1999, he was extradited to that country to face multiple racketeering and drug-smuggling charges.

After Blake and several members of the Shower Posse were indicted by Federal authorities in 1988, Blake eluded authorities in the US and fled to Jamaica. He struck a deal with the 'Feds' in 1999 and returned to the US one year later.

Soutar said he last spoke to Blake on Wednesday.

"He sounded quite normal, his usual effervescent self. He told me he was working on a movie script (about the Shower Posse)," Soutar said.

The Shower Posse was consi-dered one of the most dangerous gangs in the US during the 1980s. American law enforcement linked them to more than 1,000 murders throughout the country.

Blake was born in west Kingston and attended St George's College. He is on record as saying he started the Shower Posse while living illegally in Brooklyn, New York, in the mid-1970s.

The Shower Posse had strong ties to the Jamaica Labour Party, which formed the Government from late 1980 to early 1989.

West Kingston enforcer Lester Lloyd 'Jim Brown' Coke was reputedly a member of the Shower Posse. He was awaiting extradition to the US to face drug charges when he died mysteriously in his jail cell in February 1992.

Blake and the Shower Posse have been somewhat romanticised in recent years. Their chilling story has been chronicled in the 2003 book The Shower Posse: The Most Notorious Crime Organisation, written by Blake's son Duane, and as part of Black Entertainment Television's acclaimed American Gangster series.