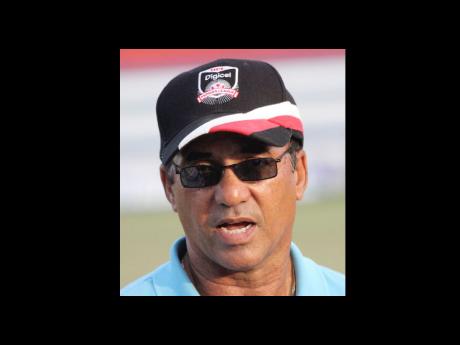 It appears front-running Harbour View and Tivoli Gardens have only themselves to worry about as far as the race for the Digicel Premier League (DPL) season is concerned.

This, as third-place Waterhouse, whose magnificent turnaround in the second round took them to the round final as well as rekindled coach Maxwell's reputation and their own title ambitions, no longer harbours that motivation.

Both club president Ricky Chin and Maxwell gave the clearest indication of the club's being resigned to just holding on to third place, following their 0-0 draw against Sporting Central Academy at Brancourt on Sunday.

"I don't think we can win again but I know we can't come worse than third," said Chin.

Maxwell, too, appears resigned to that fate.

"It has slipped away and is a two-horse race. I think we basically play for third place now unless a miracle happens where we win six games straight and the top two lose three straight. It's not going to happen," Maxwell analysed.

This acknowledgment is a distant cry from the second round when Maxwell put together the best winning record. His push up the standings had laid the platform for momentum in the third. However, Waterhouse have failed to win a single game after nine matches this round.

But what has been responsible for this amazing stutter?

"You tell me, I've been trying to find out," Maxwell joked in his initial response.

But he was not much clearer when he ventured to explain.

"There are a lot of issues that wouldn't be appropriate for me to discuss publicly, but we are also going through a phase," the former national coach said. His next revelation harboured more questions than he was prepared to answer.

During the game, the Waterhouse team looked leg-weary and far from focused. In many aspects of the game, they looked far inferior to a side they had beaten twice. In fact, but for Richard MaCullum's superb display in goal, they could easily have gone down badly, leaving Maxwell to admit it was the team's worst performance of the season and that they were literally gifted a point.

But asked to explain the condition of the team and whether their form was reversible in the short term, Maxwell said: "It's no longer a situation of merely getting the players fit and playing well again. I think we'll have to work at securing the players' commitment."

He admits, though, that his own position might be under threat if the prolonged snarl continues, but says in the meantime, the focus has changed in terms of the composition of the team.

"It is a pressurised job regardless of who is in," argues Maxwell. "I've been there long enough to know how to handle it and to work my way around it. Right now I am doing my best to get the young players in the team to perform. As I said before, there are key factors that I cannot disclose. Till then we just have to try a little harder."