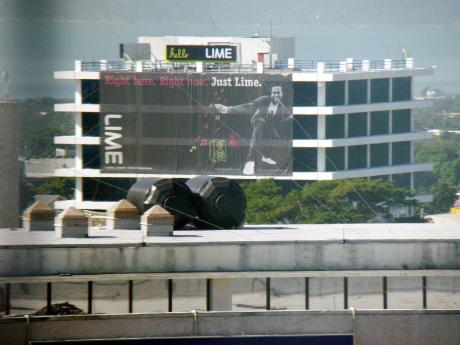 LIME has confirmed that it struck a deal with Telecomunicaciones Gran Caribe (TGC), the Venezuelan/Cuban conglomerate granted a licence last year to build a fibre-optic link from Jamaica to Cuba.

Three telecoms, LIME Jamaica, its arch-rival Digicel Group, and operators of the Flow network Columbus Communications, said then they were negotiating a partnership with TGC on its US$70 million project.

"There's been speculation about a Cuban deal for months but nothing had been agreed. Well now, it's a done deal ...," said LIME in a teaser for an announcement to be made Thursday.

Reports that the Latin American operation had settled on LIME Jamaica began to surface after press reports out of London said its ultimate parent Cable and Wireless Plc had secured a contract to build out a fibre link between Jamaica and Cuba.

LIME kept denying that it had struck a deal with TGC, but insiders now say the company did so because it was wary of upsetting the Cubans, were the details to leak out prematurely.

The licence granted to TGC in December allows the company to complete a submarine fibre optic cable link for telecommunications traffic between Caracas, Havana, and Kingston.

TGC was the sole bidder for the Jamaica-Cuba submarine cable, which includes a spur to Haiti, which lies just west of the two countries.

Gran Caribe, which is owned 60 per cent by the state-owned Telecom Venezuela and 40 per cent by Cuba's Telco Transbit, also plans to run nearly 1,000 miles of cable from Maiquetia, in northern Venezuela, to Siboney, in Cuba's eastern province of Santiago de Cuba.

The Cuba/Venezuela leg is expected to link to Trinidad and Tobago and the Dutch territory of Curaçao.