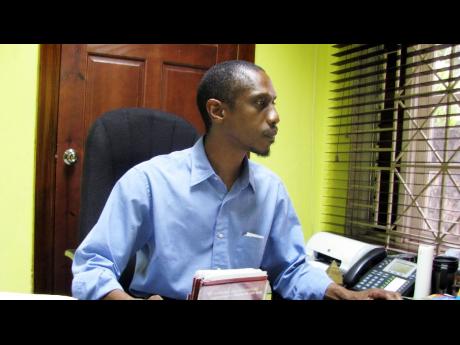 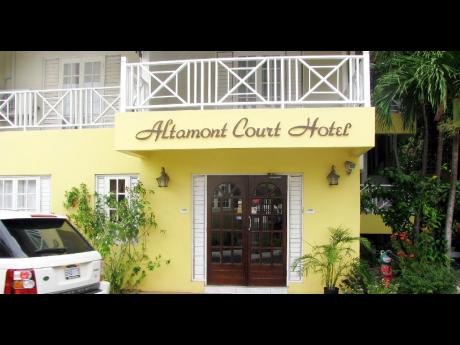 Seeking a new direction, owners of Altamont Court in New Kingston say they are now going after pleasure-seekers and corporate functions, as business from its former staple of foreign visitors wanes.

The repositioning comes with an ongoing $10 million overhaul of the sequestered 58-room hotel that now finds itself facing new rivals with better visibility in the New Kingston business district.

The Jarrett family is also spending $5 million on repairs to Altamont West in Montego Bay, and are looking to diversify beyond hotel management into commercial real estate - not as a developer but through acquisition.

"Since October of last year we have been challenged with the general downturn in the economy," said Altamont's operations manager Christopher Jarrett.

"The operation in Montego Bay has weathered the storm. They are holding their own but Kingston has become a lot more challenging," he said.

The reshaping of the business model for Jartena Apartments Limited - the holding company for the family's businesses - also sees the shelving of plans to build a new resort property in Portland to concentrate on real estate.

The hotels' owners also say they properties were never on the market despite word in corporate circles recently that the St Andrew hotel, in particular, was being sold.

With business challenged particularly in St Andrew, Terrence and Ena Jarrett - who, along with their children, own the 58 room St Andrew hotel and the smaller 31-room property on Gloucester Avenue in Montego Bay - have acquired three units in the Billy Craig commercial complex on Altamont Crescent in New Kingston for $21 million.

Financing for this foray into the real estate business came from a loan from National Commercial Bank.

The Billy Craig spaces are being rented as offices.

Christopher Jarrett said the latest refurbishing of both properties, which started last year and is in progress, was part of a strategy to refocus theSt Andrew location on Jamaican local corporate clientele and pleasure seekers.

Jarrett said before the recession set in, Altamont Court got about 60 per cent of its business from repeat visitors from the United States, 20 per cent from European and Canadian guests, and 20 per cent from Jamaicans.

There has been a major falloff in the overseas market for the Corporate Area property since the onset of the global economic downturn.

The Montego Bay property has maintained occupancy levels at about 80 per cent, said the operations manager but, the New Kingston hotel, which was accustomed to occupancy levels averaging between 80 and 90 per cent pre-recession, has seen a reduction to about 70 per cent at present.

"To that end, we have tried to reposition ourselves, looking more at the local business traveller rather than at foreigners," said Jarrett.

And: "Since last year, we have had to try to look more at the locals from out of town, try to focus on getting involved with events such as (Boys and Girls') champs and the Gibson Relays."

In a recent marketing pitch, the property has been offering close to 30 per cent discounts to local guests and introduced a VIP programme, enticing guests with a free night after 10 bookings.

Business refocusing and re-engineering, Jarrett said, has cauterised the decline with the hotel gaining market share in business from locals, a performance that has moved from 20 per cent to about 30-40 per cent.

The improvement in business has been recognised by the Jamaica Chamber of Commerce, which chose the company for the 'Best of Chamber' award presented March 11 in the small business category.

The upgrading of the hotels, their management said, has been driven by customer demand and has included more training for staff. "The customers' demands have been greater in more recent times and we have found that the customer is very discriminating," said Jarrett.

Jartena acquired Altamont West, then known as Belvedere Hotel - five years ago for US$1 million.

The changes at the property includes a deal with noted restaurateur Norma Shirley, who is expected to launch a Norma's eatery at the hotel within weeks.

"We used to have 'Wine with Me'- the first and only wine bar in Montego Bay; we are now going to have Norma's," said Jarrett.

"We have already penned that agreement. She is in the process of putting on her own little touches to personalise the product," he said.

The deal marks Shirley's return to Montego Bay where, up to three years ago, she operated Norma's at the Wharfhouse - not Whitehall as previously reported.