San, Kirk awesome at Fun in the Son 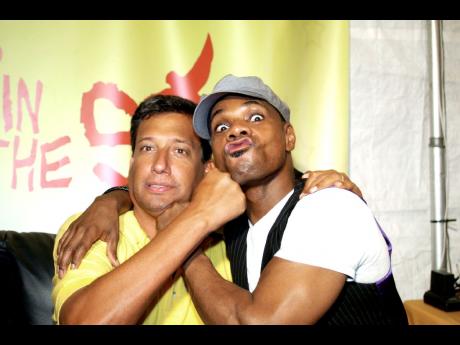 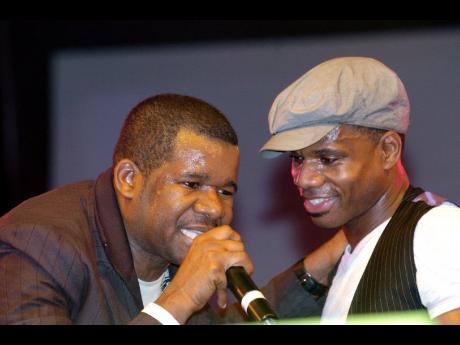 If there was anything disappointing about last Saturday's Fun in the Son concert, it was the lack of adequate parking, and that those who were not in attendance missed one of the best gospel events in recent history.

Held on the grounds of Jamaica College, the family showcase, which pulled in an estimated 100,000 patrons, got under way at 10 a.m. with the Children's Village, featuring face painting, bounce-a-bouts, rides and child evangelism, which lasted until 5 p.m.

As the massive crowd grew even larger by nightfall, so too did the anticipation for the headline act, gospel superstar, Kirk Franklin. The concert segment, which began a little after 2 p.m. featured acts such as hip-hop/reggae group, Sons of the Prophet, singers J. Lee, Ryan Berry, Kimeika Isaacs, Jabez and Omari.

Isaacs was convincing as she sang her rendition of Avalon's Can't Live a Day Without You. Jabez brought a smooth delivery, reminiscent to that of an R&B crooner when he sang Drinking From My Saucer, switching back to reggae with Mi Blessed and A Nuh One Prayer Mi Pray, while Omari got the crowd moving with his crossover hit Help.

Sister Scully took the older audience members 'back to basics' in style and song. Dressed in a head wrap and African-inspired dress, she did sure-fire hits I Love That Man From Galilee, Walk Those Streets of Glory and Hurry Up.

Carlene Davis' set was indeed refreshing. As is customary with her ministry, she focused mostly on worship than on praise. She started out with Look What The Lord Has Done then went into Only You Are Holy, Holy Holy Holy, To Worship You I Live and We Give You All The Glory.

Papa San was next and he had the audience jumping, rag waving, air thumping but still fully focused, so much so he could have delivered a mini sermon during his performance.

"Jamaica is not for entertainers or secular artistes! It's for Jesus. Mi nuh like 'celebrity', mi nuh like 'superstar'. When Hurricane fi come it turn it back, an anuh because of wah wi do. Is because we have some salty Christian inna Jamaica! We Christians are the salt of the Earth," he said, before going into Step Pon The Enemy.

He continued with Hell Bruck Loose, Jesus I Love You In Every Way and Smile Again before stopping and instructing the crowd to worship, as he finished with Jesus.

Following suit, Franklin's set was similar to Papa San's in that both took control and began with songs of praise (Brighter Day, Awesome God).

Like Papa San, Franklin's set was seamless. He conjured heartfelt emotions when, during his set, he asked that the lights be turned down and everyone to turn on their phones and raise it in the air.

Franklin finished his set with Looking Out For You and his 1997 hit Stomp, which became the first gospel video to be shown on MTV.