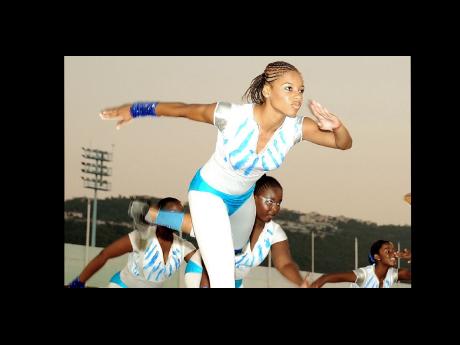 Dancers from the St Andrew High School help bring the 100th staging of the ISSA/GraceKennedy Boys and Girls' Championships to a spectacular but fitting start at the National Stadium yesterday. - Ian Allen/Photographer

A number of the Corporate Area's leading hotels reported increases in bookings heading into the start of the 100th staging of the ISSA/GraceKennedy Boys and Girls' Athletic Championships at the National Stadium.

The opening ceremony was held at the National Stadium yesterday. According to Nellie-Ann Lounges, reservations manager of the Hilton hotel, the event, which ends on Saturday, has led to more confirmations at an earlier date than in previous years.

"We are seeing higher levels of interest, as we gather that this one will be very special," Lounges said.

"We have always had great interest in Champs, but more so for this one, particularly in the area of confirmations. Normally, we would have people booking closer to the day, but we are seeing a different kind of interest, both from locals and overseas guests."

According to Lounges, on a weekend there are not normally a high number of occupants at the Hilton, but she expected a 10 per cent increase last weekend.

The championship will see more than 90 boys' and 100 girls' teams participating.

On the male side, the title race is expected to be between defending champions Kingston College, last season's dethroned champions Calabar, Wolmer's Boys' and Jamaica College.

"Requests have been strong as it relates to reservations and bookings, especially from rural schools," said Kay Rochester, front desk and reservations manager of Terra Nova All-Suite Hotel.

"I know that we will get an overflow, not only for rooms, but dining also, as has been the case over the years. We always do things differently and offer a wide variety and, as such, we are hoping to get an overflow from that," she added

"The demand is there, but due to other commitments we don't have the vacancy, as right behind the event we have Carifta swimming," Palmer said.

"Currently, we don't have any of the local schools, but we do have overseas guests, who come every year."