Boatloads of Haitians dock in Portland 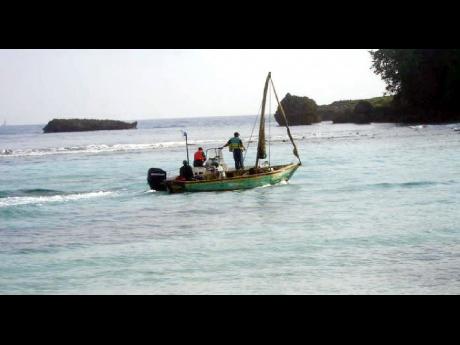 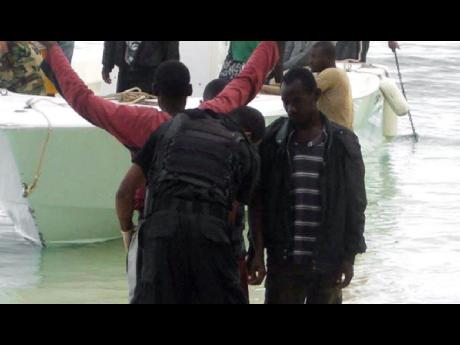 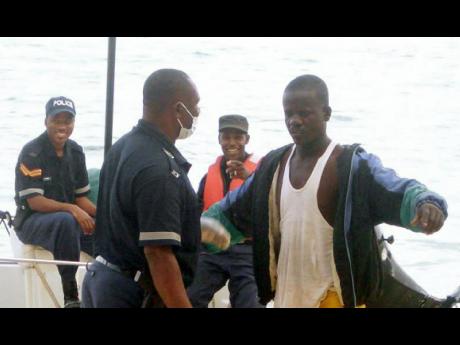 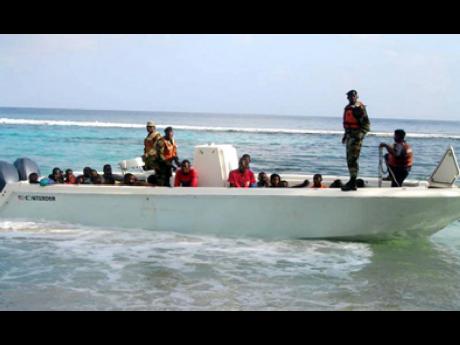 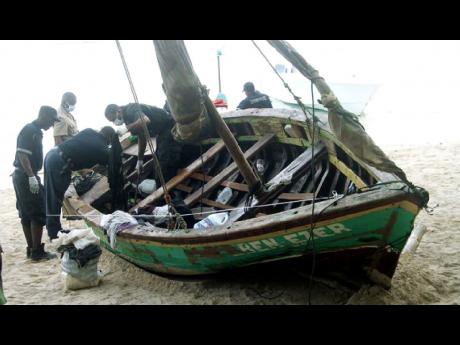 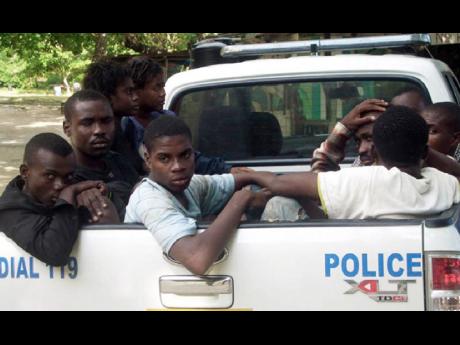 Sixty-two Haitians, including six children, who fled their earthquake-ravaged homeland, landed in two groups in Portland yesterday, after battling five days of rugged conditions on the sea.

Describing their homeland as a place of "total devastation, without any real hope for them any time soon", the Haitians left their country last Thursday, leaving behind family members and loved ones.

"The first batch of 35 Haitians landed just in front of the Manchioneal Police Station between 4:30 a.m and 5 a.m yesterday," explained Inspector Steve Brown of the Constabulary Communication Network.

Brown said the police were mobile within five minutes of hearing of the first group's movements in Jamaican waters, because they had been on high alert since that country was hit by a powerful earthquake on January 12, which claimed the lives of more than 250,000 persons.

It was a group of local fishermen in Manchioneal who spotted the boat about three miles off the coast and took them ashore near the police station.

The second group was picked up by the Port Antonio marine police, who were on patrol just off the coast of Long Bay - approximately 12 miles away.

That group was, however, escorted to the Winnifred Beach by a Jamaica Defence Force speedboat, as rough sea conditions prevented them from taking the Haitians to Long Bay.

The combined group comprised 48 men, eight women and six children, including a baby, who is believed to be less than two years old.

Local parish health officials have already carried out screening and processing of the Haitians. Three of the Haitians are ill and are being held at the Fairy Hill Health Centre.

Parish manager of health services, Bentley Steer, told The Gleaner yesterday that following the screening process, the Haitians would be transferred to a suitable location, where they will be housed temporarily.

The Haitians are to be housed at the Port Antonio Seventh-day Adventist Church for two weeks. The process of moving them had begun at press time.

Meanwhile, the Office of the Children's Advocate yesterday expressed concerns for the well-being of the six children.

"As the agency mandated to protect and promote the rights of children, we continue to urge the Government to do all that is in its power, in spite of the economic condition, to ensure that these children's rights to protection, provision and participating are upheld and their best interest are taken into consideration at all stages of their processing and granting of status," the Mary Clarke-led agency said.

It is the second Haitian arrival to Jamaica since the January 12 earthquake, with the first being 16-year-old Jean Saint Homme, who landed illegally at Hellshire in St Catherine with a group of local fishermen on February 12.

The teen's refugee status has since been withdrawn and he has been charged with illegal entry. The boy is to appear before the Port Antonio Resident Magistrate's Court on April 12.