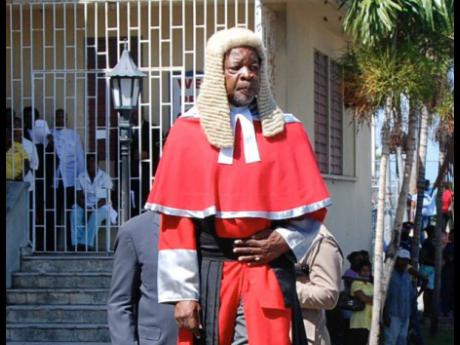 An adjournment was granted Monday in the case brought by members of the Island Special Constabulary Force (ISCF) seeking court orders to compel the Government to honour an agreement for salary increase.

The matter came before Supreme Court judge Donald McIntosh but government lawyer Lackston Robinson, who is representing the attorney general, applied for an adjournment to get more time to comply with certain court orders.

The case has been set for June 14 and the judge was told the parties were having ongoing discussions.

Attorney-at-law Christopher Townsend, who is representing the ISCF members, told The Gleaner that "all indications are that we are pushing for a settlement before April 30".

The agreement for the salary increase was made in October 2008. The claimants are contending that the pact stipulated that they should have got a seven per cent salary increase last year.

The Government failed to honour the accord and the claimants filed a suit in the Supreme Court seeking a declaration that the heads of agreement between the ISCF and the Government agreed to on October 3, 2008 for the contract period April 1, 2008 to March 31, 2010 is binding on the parties.

It is also being contended that the action of the Government, via its servants or agents, amounted to unlawful deprivation of property.

The claimants are seeking a declaration that the action of the Government is in breach of the heads of agreement and is in contravention of Article 18 of the Constitution.