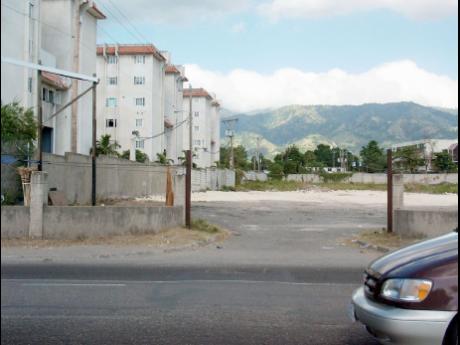 A view of Oakland Apartments in St Andrew. Strata lot owners like those at Oaklands will have to fork out thousands of dollars because of new regulations. - File

Owners of strata lots will be forced to pay thousands of dollars more, yearly, based on regulations to Registration (Strata Titles) Act approved by Parliament.

"It seems very high that each strata owner will have to pay, in addition to property tax, which they will have to pay an ad valorem fee, based on 0.4 per cent of the unimproved values of their strata lot," Golding said.

He also said neither the bill nor the regulations made it clear who or what body will determine the unimproved value of the land.

"The concept of an unimproved building, for something that is necessarily 'strata-ed', is a little unusual," Golding said.

However, Dorothy Lightbourne, leader of government business in the Senate, said many of the issues raised by Golding were discussed when the principal act was being debated.

The commission has been given the right to set its fee at such a level to maintain its self-funded viability.

"The prescription of fees in these regulations shall not limit any power of the commission to charge such fees as it considers reasonable for the recovery of costs for the use of its facilities and services," the regulations state.

Lightbourne, the attorney general, said, "It is a policy decision that the commission not be funded from the (national) Budget."

Meanwhile, the regulations also give teeth to Section 3B of the principal act, which orders a proprietor who has an unauthorised extension to the external wall of a strata lot to demolish it within 60 days.

Among other guidelines set out in the regulations is for the developer, prior to selling a strata lot, to advise each prospective purchaser, in writing, of the facilities in the common property of the strata plan.

The developer must also inform prospective purchasers of the proposed unit, entitlement of each strata lot and proposed by-laws, as well as the estimated contribution to be made that is applicable to the strata lot, the specific items to be covered by the contribution and any other payments that may be applicable.

The Strata Act was signed into law by Governor General Sir Patrick Allen in December 2009. The regulations were passed in the House of Representatives and the Senate last week.