New bus operators for Kingston by next month 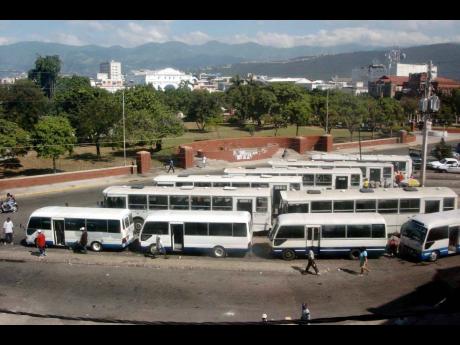 The government is expected to complete the selection of 164 subfranchise operators for the Kingston Metropolitan Transport Region (KMTR) to replace the National Transport Cooperative Society (NTCS) by the end of April.

The NTCS, whose licence expired last year, had continued operating after the Government extended its time because the process to implement a new operating system was not complete.

Reginald Allen, corporate communications manager for the Jamaica Urban Transport Company (JUTC), told The Gleaner the process was stalled because of a small number of applicants who had outstanding payments and documentation. The JUTC, the public bus company which services Greater Kingston and urban St Catherine, is the entity which issues sublicences for the KMTR.

Process to end by next month

He said notices were sent out in the print media last week to alert them of a deadline to complete applications. That deadline was last Wednesday.

He, however, could not say whether the persons who had not completed their applications had done so now, as the person at the head of the process with whom he normally liaises was sick and out of office.

Allen, however, reiterated that the process should be concluded by next month.

He said that even if those applications were not completed, other persons were available to fill the slots.

The new system, which will have 164 individual sublicences, will replace years of operations by the NTCS group.

According to Allen, this new arrangement will ensure more efficiency and accountability.

Allen also said the Government was moving towards ensuring that all operators of the subfranchises receive the same training JUTC operators receive.