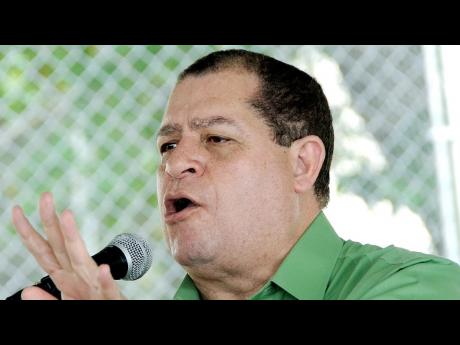 Finance Minister Audley Shaw will today indicate how much money the Government plans to spend for the 2010-2011 fiscal year when he tables in Parliament the estimates of expenditure, which was crafted as much in Kingston as it was in Washington.

The estimates will reflect the agreements signed between Jamaica and the United States-based International Monetary Fund (IMF), which imposed heavy strictures on the Bruce Golding administration before agreeing to a US$1.3-billion standby arrangement.

agreement shows the broad outlines of the country's budget plans up to 2014, giving the Government little room to manoeuvre.

Shaw has already indicated that the Government will spend some $100 billion less than the $593 billion it was scheduled to spend this fiscal year, in keeping with its promises to the IMF.

According to Shaw, the reduced Budget will reflect the lowering of interest rates, as well as the extension of the maturity on some Government of Jamaica instru-ments under the Jamaica Debt Exchange (JDX).

"This year, we have high levels of interest, which is $186 billion. It will come down to about $130 billion in the next fiscal year. The amortisation which is in the same region - $180 billion - will be down to around $100 billion," Shaw claimed in an address to Parliament recently.

But financial analyst Ralston Hyman says the numbers announced by Shaw are not in keeping with the IMF agreement and reflect only part of the story.

"The Budget will create more hardship for the people of the country because the plan is to cut expenditure by $100 billion, or 26 per cent in real terms. This means that the problems involving the Government and the public-sector groups will continue and there will be layoffs in the public sector," Hyman told The Gleaner.

He argued that of the $100 billion to be saved only $75 billion will come from the savings related to the JDX.

"It means that he (Shaw) will have to cut spending on capital expenditure and programmes as well," argued Hyman.

According to Hyman, most ministries will have cuts in their budgets in real and nominal terms, putting more pressure on the poor.

That is a concern shared by fellow financial analyst and Gleaner columnist Anne Shirley.

"The problems that people are having, both in Washington and Kingston, are the limitations the Government will face after you take out the inescapable - debt, wages and salaries," Shirley said

"There is the public relations that is going around now that we are on the right track, but the JDX will not give us the breathing room that is being announced," added Shirley.

She argued that the Golding administration was making similar mistakes to governments of the past.

"The thing I would say to you is when you look at the last supplementary estimates there was nothing different. It was the exact patterns that you have seen in the past, where you just put off spending which should have been done."

Shaw came under intense pressure from the Opposition last year after he tabled the 2009-2010 estimates of expenditure.

At that time, the Opposition said the numbers were not credible, and with two supplementary estimates involving several changes later, Dr Omar Davies was ready to say "I told you so".

Next week, Davies and his colleagues will have the opportunity to take apart the estimates during the sitting of the Standing Finance Committee of Parliament.

Before that, the legislative year will resume today with the ceremonial opening of Parliament and the delivery of the Throne Speech by Governor General Sir Patrick Allen.

2010-11 estimates crafted in Washington, to be delivered in Kingston