Blue Power oversubscribed in one minute 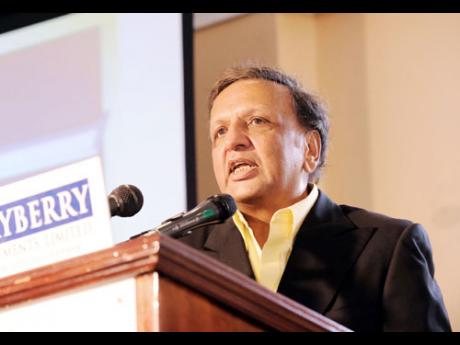 The offer of shares in Blue Power Group Limited, which is in the business of soap manufacturing and retail hardware, was oversubscribed one minute after placement.

The offer was to have remained on the market for one week, March 25 to April 1, but lead broker Mayberry Investments Limited said Thursday that applications have already exceeded the $87.9 million of capital the company was seeking to raise on the stock market.

Blue Power's initial public offering included 22.599 million shares, a majority 16.87 million of which were reserved for directors/shareholders and staff, and as payment for professional fees to Mayberry.

The other 5.7 million was open to public bids at $3.89 per share. The reserved shares were acquired at the same price.

Along with Mayberry, JN Fund Managers acted as sales agent for the shares.

Blue Power says the new equity capital will finance expansion of its soap-manufacturing business as well as cover costs associated with arranging the offer.

It will be the second company to be listed on the JSE Junior Exchange, following Access Financial Services' debut in October 2009.

Blue Power is a $158-million company, valued by assets.