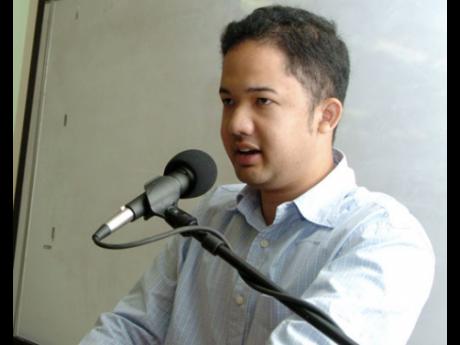 JAMNAV, a GPS navigation map of Jamaica created two years ago, has earned more than US$200,000 (J$18 million) in revenue for its developer, Mona Geoinformatics Institute (MGI), sufficient to generate an operating surplus.

MGI director Dr Parris Lyew-Ayee, though reluctant to disclose earnings, said sales of the navigation system were more than enough to cover development and administrative costs associated with the software.

MGI, an institute of the University of the West Indies, does business through its commercial arm, Mona Informatix Limited.

It quotes unit prices of US$115-US$145 plus tax to load the navigation data on to Garmin devices, laptops and some smartphones, and US$30 plus tax per monthly update, payable to Informatix.

Lyew-Ayee said MGI is currently negotiating with Guardsman Group, whose core service is armoured transport, to customise a map for the security company.

Subscribers already include Jamaica Public Service Company Limited, fast-food chain Island Grill, and the education and health ministries, among sales that up to last December were "pushing 700," Lyew-Ayee said then.

JAMNAV is not MGI's only source of income. The institute uses advanced geographic information science to develop and offer a range of geoinformatics services including navigational and other software development, satellite imagery, geoinformatics analysis, 3D visualisation and the custom building of Internet-based maps.

MGI also generates revenue from spinning off the data for non-GPS applications on behalf of, for example, companies seeking customer and competitor analyses for expansion purposes.

Its services have been utilised for crime hot spot and hazard mapping, motor-vehicle tracking, and location identification.

The institute is also in line for a US$130,000 (J$11.7 million) contract with the Jamaica Social Investment Fund - pending Cabinet approval - to create a web-based crime observatory.

The observatory project, said Lyew-Ayee, involves development of software that will allow for multi-agency sharing of crime-related information.

With the observatory, the police will be able to load information to a secure website to be accessed by other agencies requiring police information - including the Planning Institute of Jamaica, the health and education ministries, non-governmental organisations, and security agencies.

The facility is designed to remove data access or sharing constraints, but will also ensure data security and ownership, said Lyew-Ayee, as no agency can remove or modify another's data.

JAMNAV has mapped more than 15,000 kilometres of Jamaica's roads and 15,000 points of interest.

The system, a first for the Caribbean, offers turn-by-turn voice-assisted navigation across Jamaica.

Marketed locally and overseas, the main driver of overseas sales, Lyew-Ayee said, will be a joint MGI-Jamaica Automobile Association online web portal, where customers will be able to directly purchase and load JAMNAV from their locations.

"With many of our customers from the diaspora - tourists or expatriates - this is convenient for them, as when they land they can roll," said the MGI director.

JAMNAV, he adds, is an "ever-evolving product".

In late 2009, the company launched JAMNAV Marine, which maps shoals, banks, reefs, cays, bays, shipping lanes and other marine features for the shipping and marine sports industries and environmental researchers.

Its latest project is real estate and nature trails.

"Right now, we're mapping all town houses and apartments in Jamaica, both private and public. We're also adding hiking trails in the Blue Mountains to add to the existing data on nature reserves, protected areas and caves already mapped."

JAMNAV has been incorporated into tourism promotions of Jamaica.

For local tour operators, MGI has created JAMNAV Tours with points of interest and customised routes.

Lyew-Ayee told the Financial Gleaner that these innovations were funded by the company without external assistance, though he has not disclosed the development cost for JAMNAV.

The five-year-old institute is mulling expansion but has no plans to go public.

As an entity wholly owned by UWI, with some direct academic functions, MGI would be best kept under the university's control and oversight, its director said.