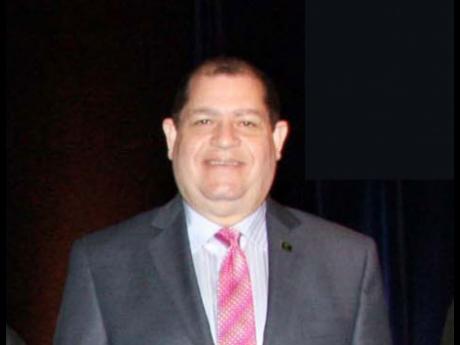 Finance Minister Audley Shaw has taken the carving knife to the Government's spending plans with sharp cuts in the budgets of most ministries.

But there is no change in the fact that the lion's share of the money, 48.5 per cent, will be spent on debt payments.

Shaw yesterday presented the 2010-2011 Estimates of Expenditure, reflecting a $94-billion reduction in the amount of money the Government plans to spend this year.

That is slightly less than the $100-billion cut Shaw had projected and will leave many ministries struggling to implement their programmes.

The Estimates of Expenditure, tabled in Parliament yesterday afternoon, show the Government planning to spend $499 billion in the new fiscal year, down from the $593 billion allocated in the second Supplementary Estimates for the 2009-2010 fiscal year.

This is a 15 per cent cut in nominal terms but, with inflation expected to end the year about 13 per cent, it means that in real terms the ministries will have to survive with much less for recurrent and capital projects.

On the recurrent side, Shaw has sliced $46 billion off the Budget, moving it to $339.6 billion for the new fiscal year.

This reflects lower interest payments based on the successful Jamaica Debt Exchange (JDX) which cut rates and extended the maturity on domestic bonds.

However, ministries such as education, youth, sports and culture, transport and works, tourism and the local government division in the Office of the Prime Minister will all have less money to pay their bills.

On the capital side, the Government plans to spend $159 billion, or $48 billion less than it projected to spend for this year.

Again, savings related to the JDX allow Shaw to cut a big chunk from the amount allocated to the finance ministry.

Other ministries, including agriculture, national security, and industry, investment and commerce, will also get much less for capital projects.

The Standing Finance Committee of Parliament will meet next week to examine the estimates before Shaw tells the country how they will be financed on April 8.