Oh what a week! 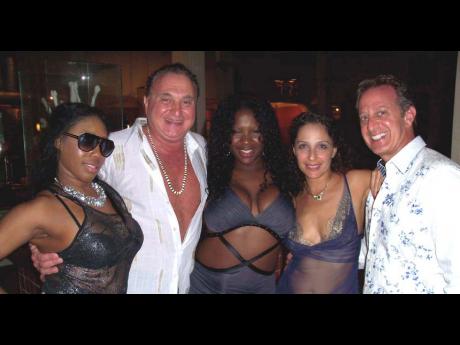 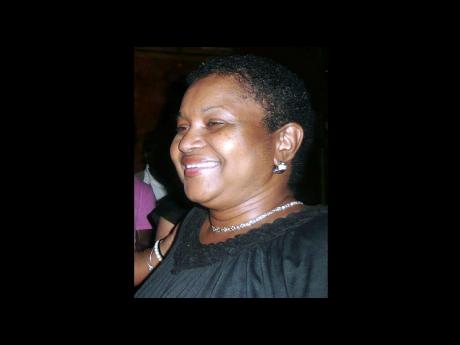 As the heat raged in Kingston, politically and otherwise, for many, the North Coast was the perfect antidote as, with no water lock-offs or on-again-off-again power supply, the getaway of choice was Hedonism III, near Runaway Bay, in fabulous St Ann.

And what an outing it proved, as internationally acclaimed adult movie star Lexington Steele was in the house vacationing, along with a bevy of beauties. A mix of international personalities, including the charming Maltese couple, Ron and Francesca DeMajo; Canadians Brett and Eloise de Onfroy; international playboy and adult movie director Captain John Paipakis, and companion Elena Zinohuva; German couple Carl-Heinz and Sylvia Baumgartner, and a number of happening personalities were all on hand to absorb the resort's indulgencies. And, with a number of Jamaicans weekending as well, you know what was already a sizzling weekend, simply became riotous fun!

The watchwords were 'party' and 'more party', and so it was from the beginning to the end, as the men and women simply forgot their titles, and with them their egos, and simply partied up an irreverent storm! The weekend began with the toga party on Thursday evening. But things really took off for many on Friday night, in the Hurricane Disco, when Paipakis and his crew ignited the spirit of passion, as they, dressed to thrill, worked the disco like the true party animals they are, with the gusto and panache that few party animals can lay claim to!

And then there was another party altogether, as the resort's sales manager, the oh so fabulous Leejay Williams, completed her last day on the job. The lovely miss has tendered her resignation and is all set to move to North America to join her beau! Her friends and colleagues decided, against her expressed wishes, that one so charming and exciting should not go quietly, and so, they came together for her send-off and pretty much roasted her! It was a beaut of an occasion, coupled with the spirited display of party flavour and spirit by Steele.

Anyway, Noah Issa, the son of Paul Issa, and his wife Oriente, is currently one of the hot artistes to buy on iTunes. His hit single, When She Smiles, is not only among the faves, but is also one fab tune, earning rave reviews from music critics and online fans alike! And no surprises here as the young Issa is one very talented musician!

And if y'all missed the last edition of Wealth Magazine, co-published by Leighton Davis and Garth Walker, then y'all missed a real treat, as the glossy magazine is chock-full of articles and infomercials about wealth creation, as well as feature articles on leading wealth creators and the wealthy such as Michael Lee Chin, musician and entertainer Shaggy and his Make A Difference Foundation, plus a number of other equally interesting articles on wine and food, as well as info for the globe-trotter wishing to take a trip to Dubai! The issue definitely makes for an interesting read this time around, and has most certainly whetted the appetite for the next one! Mon congrats to the publishers!

Folklorist Joan Andrea Hutchinson is definitely the lady of culture, as her latest contributions and offerings to Jamaicans at home and across the diaspora, are definitely worthy collector's items. Her latest handbook, Kin Teet Kibba Heart Bun, is another instant classic, capturing as it does, in a celebratory mode, the essence and creativity of the Jamaican spirit and culture. It does so in essays that not only document the untarnished way of life for many of the rural and urban poor and dispossessed, but the characterisation makes for gut-busting humour, while remaining educational. It's a definite must-have for those somewhat out-of-touch with their roots and for the visitor and/or the student of history and those wishing to better understand some of our cultural practices!

The second offering by Hutchinson is her CD entitled Jamaican Proverbs ... Pretty and Proud. Oh my soul, what a treat! No less hilarious than her handbook, the CD is one of those gifts that keep on giving because it's a true treasure trove of Jamaican proverbs, witticisms really, in their most authentic form, thus making for entertaining and educational listening! Heartfelt congratulations to Hutchinson and her continuing body of work!

Then happy birthday wishes to Noelle Silvera Murray, who celebrates her birthday today, with the partying in Florida. Sam James Jr celebrates tomorrow and the multi-talented Michael Hinds celebrates on Sunday. The general manager of Couples Swept Away Negril, Ricardo Bowleg, celebrates on Tuesday as will the charming Yvonne Wright, who will be celebrating in London, England. Wellness expert Ted Emanuel will celebrate on Wednesday along with former model and current grooming expert Karen Stephens, who will celebrate in New York!

The charming Sharon Burke of Solid Agency, celebrates on April 1, as will the fabulous Moya Lee and the lovely Nicole Natasha Weller! And, next Friday, the charmingly lovely Dr Etty Villanueva, wife of the non-resident Dutch Ambassador to Jamaica, Ronald Muyzert, will celebrate her birthday!

Congratulations to Busha Clarke who celebrate on April 1.

And a very special belated birthday greeting to Karen Francis of Montego Bay, who celebrated her birthday on March 8.

Best wishes, y'all, with champagne toasts and beluga treats!