JFF link up with Valencia 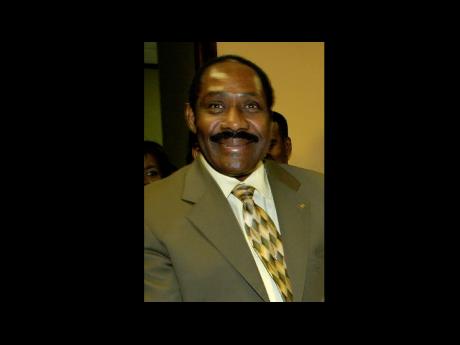 The Jamaica Football Federation (JFF) has entered into an agreement with the Valencia FC Foundation in an effort to strengthen their footballing ties with the Spain La Liga club.

Details of the of agreement were announced yesterday by Pablo Mantilla, director of the Valencia FC Foundation - which owns the La Liga side - along with president of the JFF, Captain Horace Burrell, at the Spanish Court Hotel in Kingston.

Mantilla, who is in the island on a four-day visit, said he is looking forward to working with the JFF to help to develop the sport in Jamaica.

"This is the first time that Valencia football is having a camp like this in the Americas and we have done camps in the United Kingdom," said Mantilla. "But why Jamaica?

"It was very easy because we felt the desire that Jamaica is the right place to have it and the response from our coaches and sponsors was great," Mantilla added.

Valencia's continued involvement with football in Jamaica will continue this weekend, with the staging of the Next Generation Pro Baller Easter football camp, which will run from March 28 to April 1, at Sabina Park in Kingston.

The camp will be staged under the guidance of three coaches from Valencia's football academy.

Burrell said the agreement will not only open doors for Jamaican footballers wishing to ply their trade in Spain, but it will also help the development of the sport in the country.

"The Jamaica Football Federation is just about to commence the construction of our training centre. In conversation with Mr Mantilla, he has agreed to assist with technical assistants and other possibilities and this is great news for us," said, Burrell.

"We have also discussed the possibilities of at least one Jamaican playing for Valencia and those possibilities are now going to be real, in the same way as our players ply their trade in England," Burrell noted.

The JFF president added: "The fact that Valencia have a sound investment in Jamaica means that they will now be able to look at our talent to see if anyone is capable of playing football in Spain, which will be another market open for Jamaica."

Burrell said Mantilla and himself have also discussed the possibility of the Reggae Boyz opposing Spain in a friendly international in the near future.

The camp is the brainchild of Spain-born Victor Salazar-Chang, who has been residing in Jamaica for 20 years and owns Taino Trade and Investments Limited.