REWIND -Book on reggae to wheel and come again 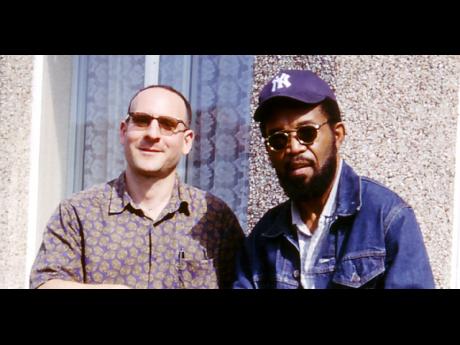 American author David Katz is working on a revised version of his 2003 book, Solid Foundation: An Oral History of Reggae. Katz told The Sunday Gleaner last week that he plans to release the new-look tome late this year or early 2011.

It will be retitled Rewind and published by DJ History, an independent British company.

"So far I have gone through the entire text to correct any errors and tighten up things generally, and I have now thoroughly revised chapters 10, 11 and 12 to include new interview material with artistes such as Trinity, Lone Ranger, Ranking Joe, Charlie Chaplin, Josie Wales, and Barrington Levy," Katz said.

The London-based Katz said he also made additions to chapter 13 of the original, which looks at dancehall's computer age. There are interviews with some of the leading artistes from that era, such as Admiral Bailey, King Kong, General Trees, Bobby Digital, Beres Hammond, Admiral Tibet, Lieutenant Stitchie, Robbie Lyn, Johnny Osbourne, Junior Reid, Tony Rebel and Gussie Clarke.

Katz has added a new chapter, 14, which examines the dancehall beyond 1993 when many Jamaican acts were being signed by major labels in the United States.

Solid Foundation was Katz's follow-up to the biography, People Funny Boy: The Genius of Lee 'Scratch' Perry, which was first released in 2000.

Katz looks at the evolution of Jamaican popular music through the sound system and studio circuit of the 1960s and early 1970s. His extensive interviews with producers and musicians made Solid Foundation a popular read among reggae-history buffs in Europe.

Katz has been based in Britain for over 20 years. In addition to Solid Foundation and People Funny Boy, he has written on Jamaican culture for leading newspapers such as The Guardian and The Telegraph in Britain.

He has also contributed to reggae documentaries produced by the British Broadcasting Corporation.