Book Review:'For All The Tea In China': 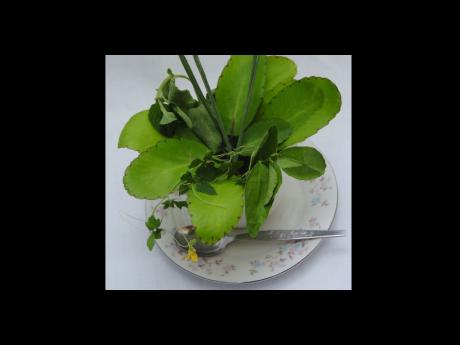 Title: For All The Tea in China

The plot for Sarah Rose's For All the Tea in China seems tailor-made for a Hollywood thriller: An industrial spy hired by the world's largest multinational corporation steals trade secrets that enable the world's biggest superpower to wrest control of a business that represents up to 10 per cent of that nation's economy.

The target of the theft, however, is neither a new-generation computer chip nor a biotechnology breakthrough. Rather, it's the plants, seeds, processing techniques and production experts needed to replicate China's lucrative tea industry of the mid-19th century in British-ruled India.

In an exotic adventure tale that changed the course of history, journalist Rose details a beverage heist far more complex than any attempt to crack a safe in Atlanta, Georgia, and steal the formula for Coca-Cola.

The man behind the theft was Robert Fortune, a Scottish-born botanist who donned mandarin garb, shaved the top of his head and attached a long braid as part of a disguise that allowed him to pass as Chinese so he could go to areas of the country that were off-limits to foreigners.

He carried out his clandestine mission on behalf of the London-based East India Co, which prospered by shipping opium to China in return for tea. While turning millions of Chinese into drug addicts, the 200-year-old trade helped to make tea the world's most popular drink, not counting water. But the company feared that if China legalised the cultivation of opium, the British would have nothing to offer in exchange for tea.

The high, cool hillsides of India's Himalayan Mountains offered the same prime conditions as the best tea-growing regions in China. Fortune, accompanied by hirelings of questionable loyalties, travelled hundreds of miles by riverboat, sedan chair and on foot to obtain tea plants and ship them to India in glass-enclosed cases that enabled them to survive.

Despite problems during start-up, tea plantations in India proved to be an astounding success, outstripping China's production during Fortune's lifetime.

During his industrial espionage mission, and in an earlier three-year expedition into the interior of China to collect botanical samples for the Royal Horticultural Society of London, Fortune proved himself to be brave, resourceful and cunning. Whether battling pirates in the South China Sea or eluding bandits on land, he comes across as an adventurer whose exploits could rank alongside those of the fictitious Indiana Jones.

Rose's fast-paced narrative offers high drama in far-flung locales and provides information on a little-known episode in the history of commerce.

Her tale also incorporates details about the growing and processing of tea. It was Fortune, after all, who determined that green tea and black tea came from the same plant, and that leaves used to make black tea were left to sit in the sun for a day in a process called fermentation.

The son of a farmworker, Fortune had no formal higher education and was very much the model of a Victorian self-made man. Fortune and his wife, Jane, had three children, one of whom died in infancy, but the author uncovered few details about his family life.

Rose's research relied heavily on Fortune's memoirs and his letters to the East India Co. Jane Fortune burned her husband's papers and personal effects upon his death in 1880, but the material that survived provides fodder for a story that should appeal to readers who want to be transported on a historic journey laced with suspense, science and adventure.