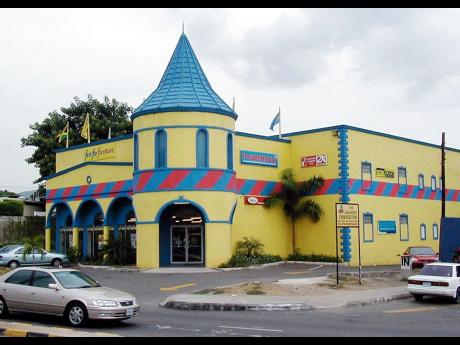 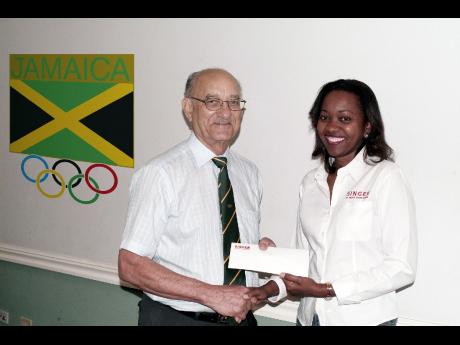 The higher number of female graduates from Jamaican universities has created an expanding pool of managerial talent for companies, most noticeably in retail furniture and appliance businesses, dominated by Courts Jamaica Limited and Singer Jamaica Limited.

The head honcho there, however, is male.

At Singer Jamaica, 18 of 19 branch managers are women. The head of the chain is female.

a reflection of our society

"Most of our applicants are female - a reflection of our society, where we see female graduates at the secondary and tertiary levels far exceeding the males," said Laidlaw, explaining the gender imbalance.

Courts, she told Sunday Business, had no sex preference in its hiring policy. She said, in fact, top performers in the company, in which there is a male to female worker ratio of 1:2.5, reflected "a fair mix of males and females".

At the highest level of management, Courts has six women and five men among its directors.

The large number of women in the company's management ranks is not about to change any time soon if their performance is anything to go by.

"Each branch manager is given specific targets, which would naturally include sales targets, and these are often met and exceeded," Laidlaw said.

At Singer, spokespersons there said the company's choice of female managers is informed by experience and company tradition.

"The experience has been that females tend to display a higher level of loyalty and commitment to our business, which translates to longer tenure with the company," said the company in a statement attributed to both general manager Sharon Spence-Gibbs and human resource manager Joy Noble.

"Female members of staff are also keen on improving their education, and with internal training and development, they equip themselves for advancement. Promotion from within is practised and encouraged by Singer and therefore, once there are vacancies, staff members who possess the requisite qualifications, experience, skills and right attitude are promoted," the company said.

Singer's officials also point to the predominance of women among tertiary graduates and said applications from women outnumbered those from men by a ratio of 5:1 for available positions advertised.

"It stands to reason, therefore, that more qualified women are on the market and hence would be available for selection for the particular positions."

But Singer cannot escape its traditional association with women from a somewhat different perspective.

"Singer's legacy started with the sewing machine, (and) in those days, it was mostly women who purchased and used the machine," company officials said in their prepared response to Sunday Business queries.

"We know of the tradition of most homes having a Singer sewing machine. This tradition continued in the workplace, as it was mostly women who were employed to teach sewing and sell the machines and machine parts."

The company said, however, that of the 11 senior management positions, eight are occupied by men. Its executive management team comprises three women and five men, while there are three men and two women on its management board.

But its stores have been left in the hands of women for day-to-day management.

These employees have overall responsibility for management of the stores' operations, including meeting profitability targets, ensuring efficient inventory and receivables control, seeing to quality merchandising, and making sure that all members of staff offer exceptional customer service.

The managers, Singer said, are rewarded for performance based on established criteria, and the reward scheme involves a special cash award for the manager of the store that generates the highest level of sales. There are also awards for highest sales in particular product categories.

Singer's branch managers are expected to have a first degree in management studies or equivalent from a recognised tertiary institution; a minimum of three years' experience in a similar capacity, ideally in a retail environment; experience in sales, marketing, merchandising, financial accounting, credit and administration; and should possess excellent customer-service skills.

"They must also demonstrate the ability to interface with persons at all levels, express ideas clearly, select between alternative courses of action quickly and decisively," according to Singer.

"They must also prepare, work well and analyse data, and be able to perceive and resolve potential problems objectively as they may relate to company personnel and customers," the company said.