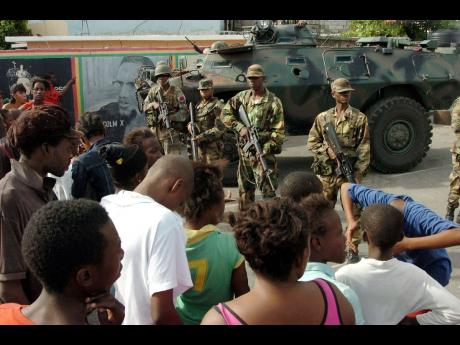 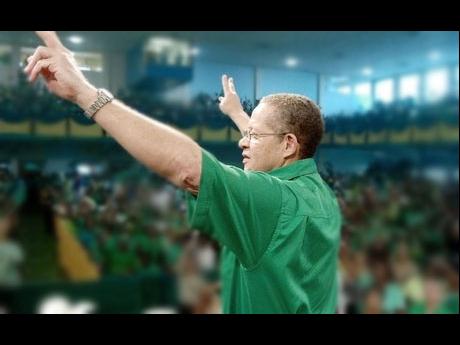 It was Mahatma Gandhi who said "to believe in something, and not to live it, is dishonest". In election after election in post-Independence Jamaica our leaders have invited us to trust what they professed to have been their beliefs; but they have failed in almost every instance to live up to them. Gandhi would have condemned them all as dishonest.

We need only compare the ideals expressed by our recent prime ministers while campaigning for office to their actions when those beliefs were put to the test. The most recent and I believe most striking example of this is Bruce Golding's abrupt about-face on his professed abhorrence of garrison politics.

We should have known better. Many of us were prepared to put the most favourable interpretation on this 'new and different' Jamaica Labour Party (JLP) leader's choice of 'the mother of all garrisons' to be his home constituency; and were willing to believe that his purpose was to reform from within, and in so doing create a model on which all other garrisons could be reformed. But recent events have proven us to have been far too generous with our trust.

Two and a half years after coming to office, and 15 years since he walked away from the JLP and declared his independence from the garrison form of politics, Golding's constituency is as deeply steeped in garrison politics as it ever was.

In two and a half years as chief executive of our country, Mr Golding, despite his earlier strong human-rights advocacy, has missed every opportunity to take a public stand in defence of the rights of our citizens; that is until he was confronted by the case of Christopher Coke. His stout defence of Mr. Coke's rights, from all appearances at the risk of Jamaica's international relationships and economic well-being, speaks powerfully to the value he places on this individual.

Not that the Government is not duty bound to stand up to the mightiest of forces in defence of the rights of the least of our citizens. It is. Not that the Government does not have the right to deny an extradition request in Jamaica's public interest. It does. What is remarkable about the prime minister making Coke's extradition case his first notable effort to protect the rights of a Jamaican citizen is that he has obviously calculated that, notwithstanding the consequences to Jamaica, a greater interest is served by protecting Coke.

Since the prime minister's human-rights epiphany so strains credibility and logic, we are forced to conclude that he believes that Coke's protection is in the public interest; in which case he is allowed by the treaty to deny the request.

But what is it about Mr Coke that makes him so valuable? 'Dudus' Coke is widely believed to be the country's most prominent and effective practitioner of the garrison style of social and economic organisation. He is Jamaica's 'chief don' and commands the title 'President' in the area that he controls. What is the message conveyed to him and his 'subjects', to Jamaica and to the world, when a prime minister invests him with such high national value?

So much so that the Government now has to be defending allegations that it directly or indirectly engaged a firm of US lawyers to lobby the United States government, with a view to preventing his extradition. Doesn't this effectively provide the ultimate imprimatur for the activities for which Mr. Coke is notorious? And doesn't this seriously contradict the anti-don, anti-garrison beliefs Mr Golding earlier espoused?

For those of us who believe economic development cannot take place in a social and economic environment dominated by garrisons, this is a most frightening situation. Not simply because of our opposition to garrisons and dons, but because we recognise that the growing control of our society by garrisons and their dons has been a major cause of the underdevelopment of our economy and society. Their suppression of our people's 'unalienable right to life, liberty and the pursuit of happiness' is manifested in the growing lawlessness and fear under which we have lived since this freakish phenomenon began to engulf our society in the 1960s.

The right to life, liberty and pursuit of happiness is no less an entitlement of the Jamaican citizen than it is of the American. And the obligation to secure these rights for Jamaicans is as binding on the Jamaican Government as securing them for Americans is binding on the US government. But garrisons undermine the ability of Government to deliver on this obligation. Dons usurp the role of government, and have no purpose but to use the people under their control to secure and strengthen their own wealth and power.

They operate through patronage, intimidation and fear; it is never their purpose to secure freedom and opportunity for the people they control. Despite this, respective Jamaican governments have been prepared to condone and co-opt the garrison into their practice of politics, even while they grandly inveigh against them officially.

Social and economic freedom is at the core of successful economic activity. Without it, no effort by Government to promote investments, production and development will ever achieve the peace and prosperity our people crave. The garrison system not only denies our people these basic conditions, it sucks life and substance from the economy. It channels taxpayer-funded government contracts to dons, and feeds official corruption. The enforced 'protection services' of the dons is an unwanted and unproductive cost of doing public and private business, compounding the uncompetitiveness of our economy. They are a deterrent to production and the efficient functioning of the formal economy. Above all, the garrison form of organisation denies economic opportunity and employment for our people and leads them instead to a future of street scuffling, crime and servitude.

Garrisons must be seen and treated as what they really are: the means through which our people are kept enslaved and denied the right to be all that they can be. They will take us in the direction of Somalia, controlled by warlords, rather than Singapore, characterised by order and prosperity. They lead us towards backwardness and jungle justice, not modernity and the rule of law. The loud, clear and eloquent statement made by the prime minister by his stance in the Dudus affair is that he will pay any price and force the country to do likewise to protect the favourite don of his favourite garrison. In doing so, we may have crossed the Rubicon towards the utter failure of Somalia, rather than climb the first rung towards the success that is Singapore.

I do not know whether the prime minister will change direction before our final disintegration into the squalor of a failed state; but for Jamaica's sake, I hope that he or someone else will salvage the situation and pull us back towards sanity. Jamaica can still develop into a state which can deliver on the promise of freedom and the optimisation of human potential. But our approach to leadership must be radically changed.

This fiscal year, the Government spent almost 45 per cent of the country's output, and yet it could not provide the public goods and services that a modern democratic government is expected to deliver. When Government takes so much of what we produce, we have every right to expect top-quality affordable health care, education, water, electricity, public transportation, roads, public safety and justice.

We have every right to expect a social and economic environment that encourages and facilitates our hopes for economic upliftment. We have every right to expect our Government to foster a high-quality social capital that enables us to achieve levels of production that can create peace and prosperity. The Jamaican Government squanders much of our resources through general economic mismanagement, but has made the situation far worse by rendering itself hostage to dons and garrisons.

Now that the very leadership which we were led to believe was committed to breaking the links to these garrisons has instead elevated itself to a position of national importance, we seem to be perched on the precipice of social and economic disorder.

Our country desperately needs to be rescued. Do any of our political leaders have the honesty, moral authority, courage and political gravitas to make this change? Are there men and women who will live what they say they believe and summon the courage to act on those beliefs?

The Christopher Coke case has found our prime minister wanting. Can anyone else in the Government or the Opposition rise to the required standard of leadership? And will he or she speak up before it is too late?

Claude Clarke is a former trade minister and manufacturer. Send feedback may be sent to columns@gleanerjm.com.