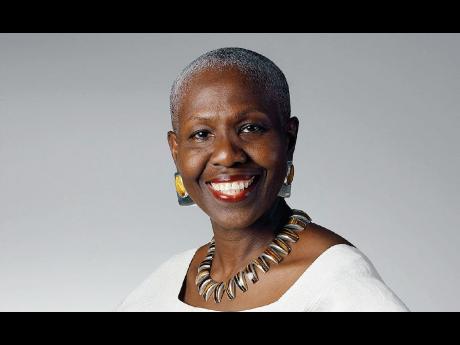 The militant citizens of Morant Bay have won a major victory. They have forced the Jamaica National Heritage Trust (JNHT) to concede that the figure which stood at the Morant Bay Courthouse for almost half a century masquerading as a statue of Paul Bogle is not, in fact, a true likeness of the National Hero. And the people didn't like it one bit.

That work of artifice was erected in 1965 to mark the 100th anniversary of the epic Morant Bay insurrection led by Paul Bogle against a heartless government that was grinding the people into the ground with its harsh economic policies. The statue was damaged last year by a supposedly 'mad' man and was removed for restoration by the distinguished sculptor, Fitz Harrack.

The bogus Bogle statue, which was declared a national monument by the JNHT on April 3, 2003, is not going to be remounted at the courthouse as a result of the prolonged outcry against it. It will probably end up in the National Gallery, the graveyard for public art rejected by the public.

I have never liked that monument. The word that best describes the image is 'tuku-tuku.' The Dictionary of Jamaican English tells us that 'tuku-tuku' comes from the Ewe language, spoken in Ghana, Togo and Benin. It means 'short, small, stocky.' In fact, the statue diminishes Paul Bogle's stature - both literally and figuratively.

Deacon Bogle was a tall man who commanded respect as an upstanding leader of the Native Baptist Church in Stony Gut. The name of the community is a perfect symbol of the hardness of the times that precipitated revolt. The primary meaning of gut here is not the belly, though chronic hunger did plague the stony land.

The pertinent meaning of gut is a narrow passage. And the people were certainly caught in a tight place from which Deacon Bogle bravely sought to deliver them. The grave conditions of everyday life in 1865 made a mockery of 'emancipation' - not unlike our present impoverished circumstances that challenge all claims of 'independence.'

To tell the truth, there is nothing monumental about the Bogle monument. The statue reduces the scale of the hero to quite ordinary proportions. Of course, it's plain heresy to pass this dismissive judgment on the work. The monument was created by the alleged 'Mother of Jamaican art', Edna Manley. Incidentally, I often wonder who the 'babyfather' was.

To assert that Edna Manley failed to grasp the substance of Paul Bogle's heroism and so produced a provocatively mediocre monument is to run the risk of being dismissed as a 'butu'. Anyone who knows anything about art in Jamaica knows that Edna Manley was a great sculptor. And great sculptors don't make mistakes. Certainly not if they have the right connections.

I quite agree with the outspoken people of Morant Bay for insisting that they want a monument that accurately represents the stature and facial features of 'the real Bogle' and not an artist's impression thereof. The arbiters of 'taste' in Jamaica need this kind of reality check every now and then to remind themselves that the capacity to make aesthetic judgments about public art is not the exclusive privilege of a small group of self-serving curators.

The first definition of curator given in the Oxford English Dictionary is "one appointed as guardian of a minor, lunatic" etc. This broad meaning of 'caring for' has been narrowed into the specialist function of guarding aesthetic standards in a museum or art gallery, for example. The guardians of high culture rarely yield to the wishes of so-called 'ordinary' people.

The remarkable success of the citizens of Morant Bay in toppling the Bogle monument gives me renewed hope that 'one day, one day,' the monstrous figures in so-called Emancipation Park will be similarly taken down. Time longer than rope. As a taxi driver once said to me: "Dat fi bruck up an dash weh."

I don't think we need to go to that extreme. We just need to find a nice resting place for them. They must be tired of vacantly looking up to the sky for God knows what. And their feet must be shrivelled after standing so long in a basin of water. They are a bit large for the National Gallery. Perhaps they'll fit in nicely at Hope Gardens, in the zoo with all the naked animals. As one of my friends put it, they look like two cows caught in the headlights.

I just don't understand how those passive figures could have been selected to represent the grand enterprise of Emancipation. Quite frankly, I think the judges were mad. They needed curators. But who cares for the curators? Who polices the police? I don't blame the artist, Laura Facey Cooper, for completely failing to evoke emancipation from slavery. Like Edna Manley's Bogle statue, these irredeemable figures are, perhaps, the best she could do.

I keep remembering the fate of Christopher Gonzalez's magnificent statue honouring the spirit of Bob Marley. It is now a tourist attraction at Chris Blackwell's Island Village - a much more popular venue than the National Gallery. The problem with Gonzalez's truly monumental work was that it was not sufficiently 'realistic' for its purpose. It didn't 'look' like Bob. Paradoxically, the figure was too rooted and threatening. It wasn't sufficiently elevated into a mythology that would make everybody happy: "One love."

Edward Seaga, that astute politician and insightful anthro-pologist, whose government had commissioned the Marley sculpture, rejected the work of art - though he had earlier left 'Paul Bogle' standing, despite public protest. But, of course, Bogle was by then history; Bob was immediate political capital.

I speculate that if it were Seaga who had established Emancipation Park he would not have accepted Laura Facey Cooper's sculpture as an appropriate public monument. He would have rejected the demeaning image of blackness fraudulently presented as emancipation. Unlike the artist, Seaga knows that it is only people in need of curators who walk the streets naked. Emancipation from clothes is a clear sign of lunacy or, worse, savagery.

It is one of the nice ironies of Jamaican racial politics that P.J. Patterson, who once slyly declared that if he stepped off the political platform and into the audience he would get lost in the crowd, is the very one who accepted for permanent public display, a monumentally distorted image of black identity and 'emancipation'. Poor Marcus Garvey, who so much loved to 'bling' in royal robes, must be rolling in his grave.