The downside of casinos 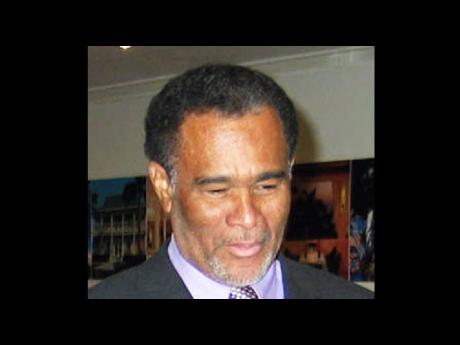 Based on reports carried in the press, it would appear that the Casino Gaming Act, which was recently passed by Parliament, did not spark strong debate or the kind of consideration of the downside risks of casino gaming that one would have expected.

As I had indicated in a previous column, opposition to casinos in Jamaica had focused on religious and moral concerns, with the churches leading the resistance but, more recently, the potential economic benefits have become the overwhelming, if not sole, factor. Now that the decision has been made to allow casinos, we should, however, move quickly to evaluate more deeply the tangible minuses and how they are going to be counteracted.

In Singapore, a country often cited in Jamaica as a model we should emulate, the decision to reverse a long-standing policy to exclude casinos was arrived at only after the most exhaustive evaluation of the risks. In announcing the decision, Prime Minister Lee Hsien Loong in April 2005 emphasised these risks: "Thus from the economic point of view, there is no doubt that the IRs [integrated resorts within which casinos would operate] will be a major plus for Singapore. However, our considerations cannot just be economic. We must also address the non-economic issues - tangible minuses like an increase in problem gambling and broken families, and intangible losses like the impact on Singapore's brand name and social values... ."

He was brutally frank in admitting that "... the first implication of having the IRs is that people will gamble more, more people will get into trouble and more families will suffer. More gambling will mean more problem gamblers. The question is, what can we do to mitigate the problem, to identify and help problem gamblers, and especially their families?" He then went on to turn attention to whether locals should be banned because of these dangers. Singaporeans were strongly against excluding locals, viewing that as discrimination.

He also accepted that the operators needed some local business to supplement revenues. The decision was, therefore, to use price by charging a high entrance fee to deter casual gamblers, thereby restricting admission to locals, and a system of exclusion for people in financial distress and those receiving social assistance.

Extending credit to locals would also not be allowed and the age limit to entry would be set at 21 years and not 18 years as in the Jamaican legislation, which will permit high school students to enter.

He indicated that a national framework to address problem gambling was to be instituted. Included in this would be a National Council on Gambling that would implement programmes "... to counsel and treat pathological gamblers". I am assuming that the Casino Gaming Commission to be established in Jamaica will pursue such programmes as a priority. Most important though, and something that Jamaicans should take particular note of, was the prime minister's concern about the risk of tarnishing the Singapore brand name. In his words, "Our reputation, built up over decades, is one of our most precious assets. Internationally, Singapore is known as being clean, honest, safe, law-abiding, a wholesome place to live and bring up a family. We must not let the IRs tarnish this brand name."

Next, was his concern that the integrated resorts, within which the casinos would operate, would undermine the values of Singaporeans, especially the young, and here again I quote his words, which are most instructive: "Singapore has succeeded through hard work and perseverance, and never believing that there was a quick and easy way to get rich. It is critical that Singaporeans continue to have the right values, as individuals, as families and as a society, values that will help us make a living for ourselves, live upright lives, and endure as a nation."

We can understand from these words why Singapore has succeeded, while Jamaica, which was presumed to have been more advanced economically up until the 1960s, has regressed. We tend to dwell on economic policy failures as the explanation, and these are critical, but it is in the differences in the value systems of the two countries that the explanations for success and failure are largely to be found. Prime Minister Lee Hsien Loong is in no doubt of this for, according to him, "If IRs erode our work ethic, undermine our values of thrift and hard work, and encourage Singaporeans to believe that the way to success is to be lucky at the gaming tables, then we are in trouble."

While explaining the reasoning behind the Cabinet's decision, the Singapore prime minister demonstrated sensitivity to the views of those who disagreed on religious or other grounds and encouraged full participation in the debate by members of parliament. The approach to the decision-making on casinos from conceptualisation of policy, study of best practice, and the consultation process provides an insight to the governance system and leadership that have been decisive in Singapore's economic transformation - easily one of the most rapid in modern history.

Singapore's casino-based resort develop-ments are now being completed and their example is there as a guide as Jamaica seeks to secure investments of this type. I suspect that the differences in the value systems could, if we are not careful, reflect themselves in the investors and operators we attract. As Prime Minister Lee Hsien Loong noted: " ... operators want to come to Singapore because of our reputation for law and order, clean government and strict enforcement. They want to operate in a reputable jurisdiction so as to enhance their own reputation ... ." That is the nature of the competition.