Oku still rebelling against the system 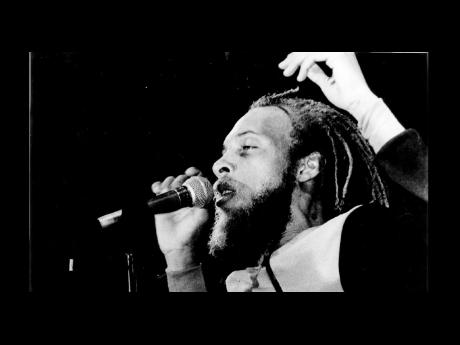 Back in the 1970s, when Black Power was the rage in Jamaica, it was cool to clench fists and wear an Afro. Many former radicals have mellowed, but not poet Oku Onuora who, at 58, retains the snarl of his firebrand youth.

Regarded by some as the father of dub poetry, Onuora is scheduled to appear on the Seh Sup'm poetry show today at the Village Café in St Andrew. Chatting with The Sunday Gleaner recently, he said he remains a committed revolutionary.

"Nuthin' has changed, 'cause wi still seeing the same 'sufferation' and oppression," he said.

It has been some time since Onuora has performed, having taken a break from touring and recording. He does not believe his message has been lost to a generation caught up with dancehall feuds and iPods.

"Some of my original work, wi talking 'bout tings like 'Dread Times' and 'Pressure', still relevant to the times," he said. "People mus' listen to our work all 100 years from now."

Onuora speaks in a fiery, piercing tone, like the inspirational warrior addressing his troops before battle. It has been 10 years since he toured and, typical of serious messengers like Pete Seeger and Bob Dylan, shies from commercial recording.

A Movement is the title of his latest collection of recordings which will be available through the Internet later this year. According to Onuora, his writing has never been solely for recording.

"I don't get up an' jus' crunch out albums, I'm not what yuh call a current writer. I have to feel it before I record anything," he explained.

Despite his inactivity, Onuora retains a strong fan base in Europe and the United States' west coast where his 1984 effort, Pressure Drop, is hailed as one of the great protest albums. He remains a prolific writer, but said he turned his back on music when negative elements took over.

"Mi neva like wha' a gwaan, all of a sudden everybody did tun bad man. Mi nuh inna dat, me's a revolutionary, mi come fi blow down oppression!" he exclaimed.

Mervyn Morris is a professor emeritus at the University of the West Indies and one of the Caribbean's distinguished poets. He first met Onuora in the mid-1970s while he (Onuora) was incarcerated at the St Catherine District Prison for armed robbery.

Morris played an influential role in getting ECHO, Onuora's first book of poems, published. He is not surprised at his achievements.

"Oku has a lot of talent but that's one thing, he's always been concerned about social conditions and equality. He's an activist with conviction," Morris said.

Oku Onuora went through a phase of 'badness' in his youth. Born Orlando Wong in east Kingston, he was sentenced to 15 years in prison in 1970 for armed robbery but was released in 1977 after vigorous lobbying by academics and human rights activists.

It was while in prison that Onuora's passion for poetry and protest literature grew. He remembers reading Black Panther Eldridge Cleaver's classic autobiography, Soul On Ice, and the writings of Malcolm X.

With a new name (Oku Nagba Ozala Onuora is his complete name which is Nigerian for everlasting fire or light which burns oppression), Onuora hit the ground running after his release from prison, performing at high-profile events.

The following year, he cut Reflections in Red for Bob Marley's 56 Hope Road label, which some musicologists recognise as the first dub poetry song. Along with the pioneer Linton Kwesi Johnson in Britain, Mikey Smith and Mutabaruka, Onuora helped put the genre on the map.

Smith was killed in 1983, the alleged victim of mob violence, but Linton Kwesi Johnson and Mutabaruka have enjoyed enduring careers.

Onuora is uncommitted about his plans to promote A Movement, but hopes to perform regularly at intimate events like Seh Sup'm.

"Wi cyaan seh how much show wi going do, but wi coming to blaze!"