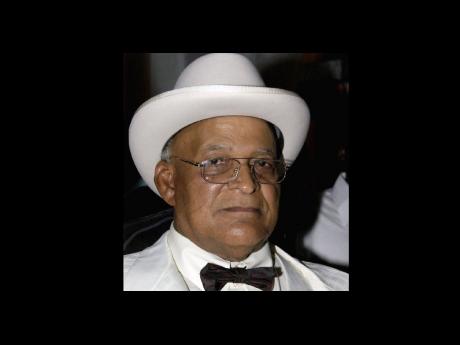 Few places were hotter musically in the 1970s than the neighbourhood of Greenwich Town. The man behind most of the hit songs coming out of that St Andrew community was producer Edward 'Bunny' Lee.

"It was a special time. Artiste who neva come from 'Farm' jus' adopt the place 'cause it was the place to be," Lee, 68, told The Sunday Gleaner in a recent interview.

Some of the acts Lee produced during those glory years will be on show today at the Greenwich Town fishing village where the 'Let's Go Have Some Fun On The Beach' live show takes place.

The event is expected to raise funds to help improve the physical structure of the village where many Greenwich Town residents work as fisherfolk.

The eldest of 10 children, Lee said he was born and raised at West Avenue in Greenwich Town.

Though he was employed in the auto parts industry, Lee was also a regular at dances in downtown Kingston, and struck up a relationship with rival producers Arthur 'Duke' Reid and Clement 'Coxsone' Dodd.

He began producing records in the late 1960s and had minor hits with singers Derrick Morgan and Roy Shirley. Lee hit his stride in the early 1970s with a string of hit songs by Slim Smith (My Conversation), John Holt (Stick By Me) and Delroy Wilson (Cool Operator, Better Must Come).

Better Must Come became the working man's anthem when it was used as a theme song by the People's National Party in the 1972 general elections.

"It's really an everyday song, yuh nuh. Delroy sing it from the heart. There was nothing political about it," Lee explained.

With his session band, The Aggrovators, Lee maintained his momentum throughout the 1970s. The Greenwich Town sound was built around the flying cymbal, Aggrovators drummer Carlton 'Santa' Davis' frenetic tapping on his cymbals.

Singer Johnny Clarke, who hails from nearby Whitfield Town, was Lee's star performer. None Shall Escape the Judgement, Rock With Me Baby and Move Outa Babylon were some of Clarke's chart hits during the golden era of Greenwich Town music.

Greenwich Town continued to yield underground hits by hometown singers such as Rod Taylor and Phillip Fraser in the early 1980s, but the area's reputation as a hit factory declined later that decade when computerised beats and the deejay took over the dancehall.

Many of the hits Bunny Lee and his crew recorded are still in demand, especially in Europe where demand for roots-reggae from the 1970s is high.

The Lee catalogue, which has more than 600 titles, is largely distributed on that continent by British company Trojan Records.

For his contribution to Jamaican music, Bunny Lee was awarded the Order of Distinction, Jamaica's fifth highest honour, in 2008.