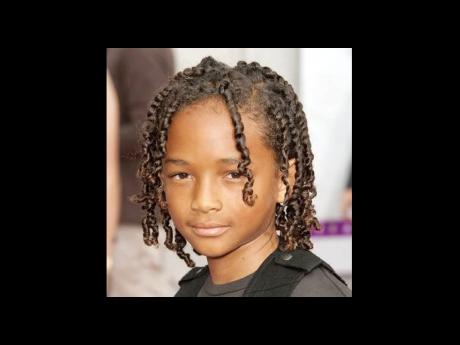 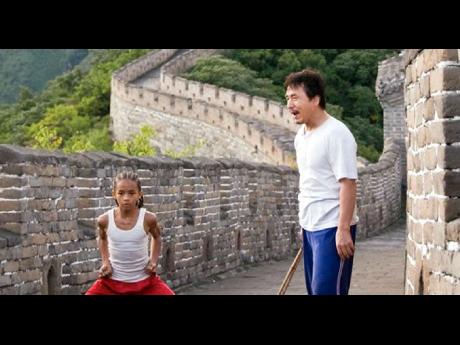 Jaden Smith and Jackie Chan in a scene from 'The Karate Kid'. - Contributed
1
2

LAS VEGAS (AP): Will and Jada Pinkett Smith's family is getting crowded with action heroes now that their 12-year-old son, Jaden, is beating up on bad guys.

Jaden Smith stars in the title role of The Karate Kid, a remake of the 1984 hit in which he plays an American youth in China, who gets a crash course in martial arts from a maintenance man (Jackie Chan) so he can defend himself against a band of bullies.

The movie, due in theatres June 11, was screened last week for theatre owners attending their annual ShoWest convention. Smith received an award as breakthrough male star of the year.

"I'm very excited about getting awards already. It's crazy," Smith said in an interview.

Smith said his father, whose action flicks include Hancock, I Am Legend, Independence Day and the Men in Black and Bad Boys movies, was a fan of the original Karate Kid and thought Jaden, who already had studied karate, would be the right guy for the role.

"My dad had the idea of remaking it," Jaden Smith said. "He's the one who was like, 'We need to make this movie'."

Jaden Smith got his big-screen start alongside his dad in the 2006 drama The Pursuit of Happyness and co-starred in the science-fiction remake The Day the Earth Stood Still. He said he wants to make acting a lifelong career and take a page from his father's book with more action roles.

Will and Jada Pinkett Smith were producers on The Karate Kid, along with Jerry Weintraub, who produced the original and its sequels.

"It's very scary when you go back and fiddle around with a classic," Will Smith told the ShoWest audience before the screening.

Weintraub said he "questioned it 150,000 times" but was glad Smith talked him into doing the remake.

The quiet, reclusive Mr Han (Chan) saves Dre from a beating at the hands of a gang of young kung fu hotshots. Han turns out to be a kung fu wizard himself and agrees to train the boy for a tournament showdown with his tormentors.

A more appropriate title would be The Kung Fu Kid. Jaden Smith said the filmmakers kept the original title out of respect for their source material and because The Karate Kid has such name recognition among audiences.

For all the movie's bone-crunching action, Smith said his biggest injury came in a quiet moment as Dre meets Mei Ying, the Chinese classmate he falls for.

"The worst I got hurt was in a dialogue scene," Smith said. "I actually was just walking up to Mei Ying, it's the first time I ever see her, and boom, my knee was just killing me. I was like, what the heck, you know? I had to ice it and everything."

What kung fu advice did martial-arts master Chan have for his young co-star?