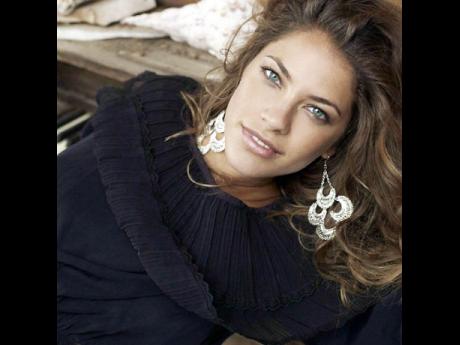 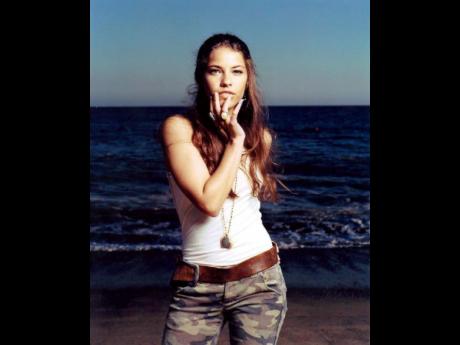 Costa Rican star looks to make name in US

NEW YORK (AP): Debi Nova has toured with Ricky Martin, collaborated with the Black Eyed Peas and has been nominated for six Grammys.

Yet while she is a star in her native Costa Rica, in the United States and elsewhere, Nova is virtually unknown.

The singer-songwriter hopes to change that with her album debut, Luna Nueva (New Moon), out May 18 on Decca Records. And she is getting some big help with her project - Gustavo Santaolalla, the legendary Argentine musician who was introduced to English audiences with his Academy Award-winning score for 2005's Brokeback Mountain, is the album's producer.

"There have to be certain traits in an artiste that will make me excited to work with them. In the case of Debi, there are a lot of things that attracted me," he said in a statement. "She's a great musician to start with. She writes great songs. She's a great performer. Debi has that talent that she can write in part-Spanish and English and, as part of the concept of this album, both Spanish and English in the same song. All those things add up to make Debi a very exciting artiste."

Luna Nueva has 10 songs and includes the single Drummer Boy, a contagious tune whose sensual video has been on rotation on various MTV channels and other outlets since last month.

"It's an album that doesn't have borders in terms of language, it's very free-spirited," Nova said in a recent interview in New York.

"There are songs that have a Spanish chorus, a verse in English and three words in Spanish. (It's) how we communicate, you know, one sentence in English y otra en espanol," the 24-year-old explained in a mix of Spanish and English. "That's how the album is."

Nova, who began playing piano when she was 4 years old, was supposed to release her first album with Warner Brothers, but after three years with the label only one single came out, the hit One Rhythm, in 2004.

When she moved to Decca, she wrote or co-wrote completely new songs, inspired by the life that she lives between San Jose in Costa Rica and her adopted city of Los Angeles, where she has lived for seven years. The album draws on the sounds of Latin America and the world that she listened to as a child.

"It has a Latin flavour, whether it's the lyrics or the music," she said. "And since I'm from Costa Rica ... (my country) is a sponge, we're in the middle of the continent and we take from each side."

Nova, who recorded the songs Que mas da and Drop It On Me with Ricky Martin and appeared in those videos with the Puerto Rican superstar, said that one of the sweetest compliments she received recently is that the singer now refers to her as family.

But the most important gift, Nova said, has been being able to work with the two producers she wanted from the start - Santaolalla, winner of multiple Grammys and two Oscars, and the United Kingdom's Marius de Vries, known for his work with Madonna, Bjork, Massive Attack and Josh Groban.

De Vries said of Nova: "There's an intelligence and a musicality in everything she does. I think we'll be seeing her around as a force to be reckoned with for many years to come."