Fiscal irresponsibility: Who pays the piper? 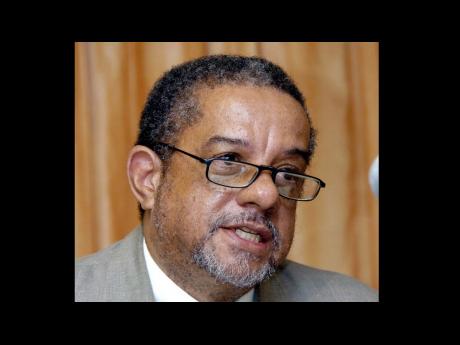 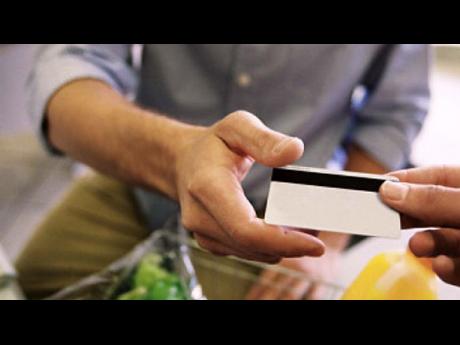 This article is submitted as part of a series by the Department of Economics, UWI, Mona.

I have literally been challenged to explain the importance of fiscal prudence and low inflation to the not insignificant part of the population that is either unemployed, marginally employed or 'juggling' in the 'grey economy'. It is indeed a challenge because fiscal balance and low inflation have less immediate importance to one who exists precariously on the fringes of or outside the formal economy of formal business, employment, regular wages and pensions, income tax and wealth holding that can be 'JDXed'.

For Jamaicans of marginal existence, time horizons are very short and the immediacy of today's material means of survival assume much greater significance than fiscal deficits, debt and inflation. Indeed, it is Jamaica's exceptional inequality of income that creates a basis for political populism and the let-off-a-money syndrome. The political culture responds to the challenges of immediate needs as being more achievable in the short run rather than pursuing a correction of the extreme social imbalances that can only be achieved in the medium to long term.

A part of my work in progress (to tell the deprived about prudent macroeconomic policy) would address the negative impact of sustained fiscal deficits, debt and inflation, on the capacity of Government to meet basic social and economic needs. Then assuming that I still have an audience, I would go on to speak about the impact of inflation in making rich people richer and poor people poorer. The impeccable logic of my argument would still be challenged by the immediacy of the basic needs of my audience.

So as I struggle to define and refine my angle of approach to people at risk, perhaps there is another audience in the holders of wealth, taxpaying entrepreneurs and professionals, the employed, pensioners and perhaps even the working poor. These are likely to be the beneficiaries of regular incomes that may be undermined by inflation and higher taxes caused by fiscal imprudence.

So for my second audience, how do you run your own house and/or business? Do you consistently spend more than your monthly income? Do you finance this excess spending with loans from financial institutions or from your friends and relatives? Are you effectively borrowing to finance a new car, groceries, shopping trips or aesthetic enhancements to your residence rather than education or enhancement of your capacity to earn more income? Do you borrow for business capital expenditure while making excessive cash drawings to finance your household expenses? Are you able to use borrowed money to give capital works contracts to friends and acquaintances and do you really want to do this? Do you boast about your capacity to get new loans to pay off the old loans with your total indebtedness increasing all the time?

Most of you do not. You do not because there are direct and negative consequences to your person, your household and your business for being found in excessive debt that you have lost the capacity to service. The chances are that your friends and relatives will only continue to support your excessive consumption to the limits of their own financial capacity and of their own stupidity. You may get away with not paying the friends and relatives but even this cannot continue indefinitely.

In exchange for advancing their financial resources, formal financial institutions are more likely to secure a legally enforceable lien on your house, your car or, preferably, your bank account, as their insurance against your possible inability to pay. If you do not pay, you lose house, car and bank account and, with new credit-reporting requirements, your ability to take your bad debt to other financial institutions. Following the physical discomfort of being put out of house and car, there is the immediate reality of a sharp reduction from the lifestyle previously afforded on other people's money. In a society where social appearances assume significance, we are perhaps embarrassed by being called in for non-payment of our children's school fees.

So most of us perhaps make a concerted effort not to live beyond our estimated lifetime means (Young professionals borrow because they anticipate making a lot more money by their midlives). Why then is our Government so heavily indebted and why do we appear to be more tolerant of its financial mismanagement than that of ourselves and our peers? This raises a peculiar but realistic interpretation of what is called the "principal-agent problem".

There is often a tendency for the citizenry to regard the Government as an autonomous entity that is separate from and more powerful than ourselves. In this context, there arises the fallacy that government, separate from and more powerful than ourselves, also has its own money, entirely separate from our own. So government must do this and that for us, with no attention to where the money comes from and how prudently it is managed. So regarding the principal-agent problem, whose government is it anyway, whose money does it spend and who is it answerable to?

Government, as an almost other-worldly entity floating somewhere above ourselves, often manages its finances in ways that the more prudent among us would scarcely dream of doing. Budgets are cast with wild and imprudent over-optimism. Contrary to the better instincts of the accountant who wants to become vice-president, finance, revenue is overestimated and expenditure is underestimated. Fiscal year and medium-term targets are set more on the basis of what looks good now, rather than on the basis of what is realistic. This results in deviation, almost from programme inception. The response to deviation from Budget is not increasing revenue or moderating expenditure, but finding even more money to borrow. The true ethos of fiscal management becomes finding enough money to finance expenditure rather than adjustment to ensure the meeting of fiscal targets. The repetition of this cycle, from year to year, results in a burdensome accumulation of debt and increasing pressure on scarce fiscal resources to service this debt.

Why do governments do this? Governments can levy taxes while individuals cannot. The reality of mortgaging of the country is not as immediately obvious as mortgaging your house. Citizens see themselves as powerless before the state, and international gunboat diplomacy to seize government assets or the customs house appear to be a thing of the past. Despite the reality and consequences of debt, cash flow to meet expenses still takes precedence over meeting fiscal targets. Then there is always an interest in the status quo - interest groups benefit from government expenditure and/or not making an adequate contribution to the public purse. In a context of a lack of public understanding and without public assumption of responsibility, electoral exigencies bias fiscal management towards unprogrammed deficits and debt.

The consequences of governmental fiscal irresponsibility always come home to "yaad'. These consequences, despite our best efforts at personal financial management, are no less painful than those of our personal financial imprudence. Unprogrammed deficits create pressure for reduced expenditure (benefits) and increased taxation. Jobs and contracts are lost and increased commodity taxation and user fees reduce the purchasing power of already challenged incomes. Increasing public debt is ultimately a charge on our personal finances. We may have to pay more taxes. Borrowing externally creates a charge on scarce foreign exchange putting pressure on the exchange rate to depreciate, increasing inflation and in the absence of higher nominal interest rates, reducing the real and foreign-exchange value of our saving denominated in local currency. Deficit financing from the central bank represents money creation. The resulting inflation, in reducing the purchasing power of our saving, is a tax every bit as real as income or general consumption tax.

Recent events have demonstrated that not even the Constitution can protect a legal contract with the Government from the consequences of protracted fiscal imbalance. Under the Jamaica Debt Exchange, we the people have been called upon to volunteer to exchange our government-issued debt instruments for new instruments with lower returns. The consequences are not yet at an end. Financial institutions that are heavily invested in government-debt instruments may have to make operational adjustments (including employment) to reduced income inflows and protracted recession.

There is no disembodied Government that has wealth or income that is independent of "we the people". The peculiar financial power of government is inherent in taxation and in being able to "negotiate" an alteration in the terms of its financial obligations. In either case, it is the citizenry and perhaps external creditors (not the multilateral financial institutions) that pay for fiscal irresponsibility. It would make a lot of sense for the people who ultimately bear the cost to pay more attention to budgetary processes, fiscal targets and management and the adequacy of the provisions put forward to ensure responsible fiscal management.

Colin F. Bullock is lecturer in the Department of Economics, UWI, Mona. Feedback may be sent to columns@gleanerjm.com