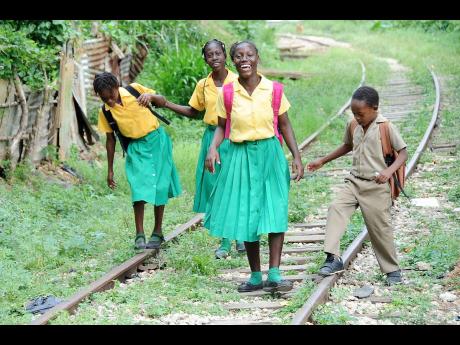 Students walking along the Linstead railway track on their way home from school.- photos by Ian Allen/Photographer 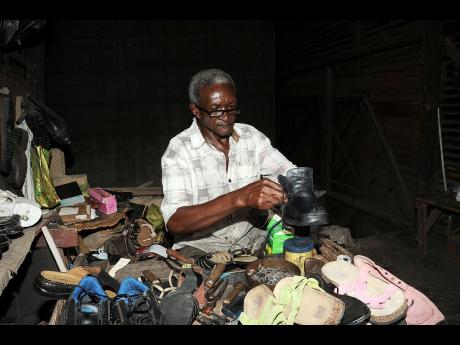 Harold Valentine mends a shoe, with his back towards a space in the long freight hall in Linstead, St Catherine.

He appears oblivious to the gap only a few feet behind his chair, but he is not ignorant of its history and the signs that still remain of the train's presence.

Valentine points to the tracks - dusty and barely visible - and speaks about how the railway cars would be laden with goods once the train was alongside the platform, the floor of the car level with the concrete.

Even after the demise of the train service, Valentine said merchants in Linstead would rent space in the freight station to store their goods.

Now, the freight house is used by him, an operator of a woodwork shop and a metalwork business.

Valentine's business has been located at the freight facility for 22 of the 47 years he has been in the trade, so he was actually there when the passenger train service still existed.

However, he says he did not do much business with the passengers, save for those, "who have a little breakdown, children going to school and anything happen".

Then, as now, he says: "I work for people all over the place. Being established as a man capable of doing the work, people seek you from they need you."

He would seek out his friends, as well, using the railway, travelling to see his stationmaster friends, wherever they were.

According to Valentine: "On Sundays, I usually go to May Pen and spend off a little time, so it was nice."

Schoolchildren balance as they walk on the rails and, in the direction of Ewarton, the line is above the level of the houses which flank it.

It is elevated from interference until, maybe, the trains start rolling again.