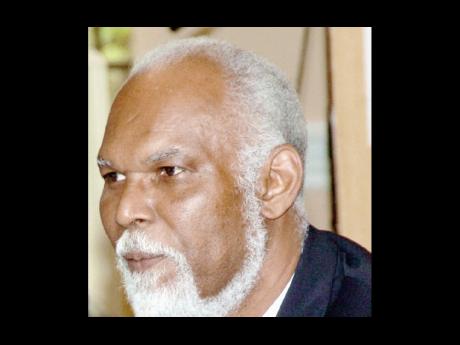 This is an open letter to Senator KD Knight.

The Parliament is a legislative branch of the Government of Jamaica. Parliamentarians who are elected or appointed to represent the people of Jamaica are expected to behave in a manner that is appropriate. Parliamentarians should be role models, with upcoming or promising politicians modelling their behaviour in an effort to promote mutual understanding and respect for fellow politicians, irrespective of their political affiliation and gender.

Articulate, analytic and persuasive and former senior member of parliament - that is how I would describe you. You have been a successful attorney representing cases at the Supreme, Resident Magistrate and the appellate courts. You have been appointed or awarded queen's counsel (QC). Therefore, you are a man with experience and talent. However, your behaviour in the House of Parliament is undesirable as a senior politician.

I can relate to your ego or sometimes frustration regarding some issues where sitting parliamentarians are at odds. But you cannot allow your anger or your ego to get the better of you by shouting, or for that matter, disrespecting your fellow politicians, especially Senator Dorothy Lightbourne, whom you have disrespected on a number of occasions. While not attempting to defend or support her (because she should be able to defend herself), but, in spite of your feelings towards her, she is a high official and the minister of justice and attorney general.

Senator K.D. Knight, your suspension from the Senate for two sittings occured as a result of what Government members deem as "rude, disrespectful and unparliamentary behaviour" towards the Leader of government business in the Upper House, Dorothy Lightbourne. Sir, please check yourself and lead by example. You are an intelligent man, so act as if you are. You need to control yourself!