Kingston: An office, a shelter, an end 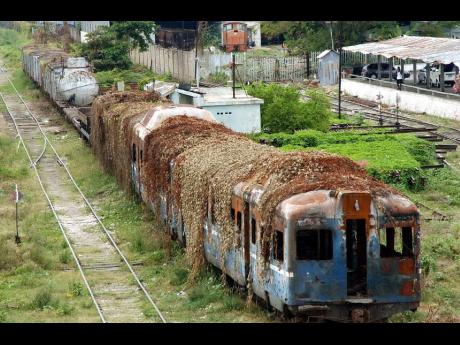 This 2005 picture shows the state of a train and the railway beside it in downtown Kingston. - Norman Grindley/Deputy Chief Photographer 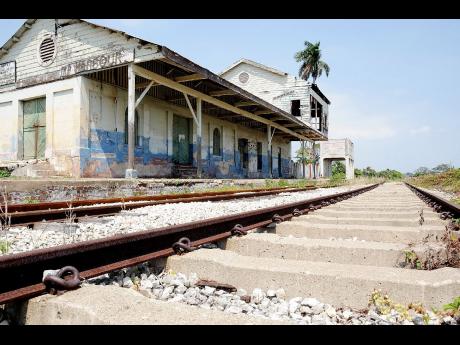 The Sunday Gleaner ends its islandwide trek along memory line at the terminus in downtown Kingston, where Jamaica's train service began officially on November 21, 1845.

In its 'Pieces of The Past' feature, The Gleaner records: "The first leg - Kingston to Spanish Town - was opened at approximately 11:30 a.m. by then colonial governor, the Earl of Elgin, and attended by numerous influential colonists as well as members of the general public.

"The 10-carriage train pulled out of the Kingston terminal to the sounds of the 1st West India Regiment, beginning the first railway excursion in the British West Indies."

Over the past eight weeks, The Sunday Gleaner team has met a former linesman who went into farm work after redundancy in Porus, and a jolly former porter who sang to get his lass in Williamsfield, both in Manchester.

The team has seen the desolation that has befallen Ipswich, St Elizabeth, as well as the trolley that is still used to carry goods on a section of the line, and met the ladies of Catadupa, St James, who made clothing on demand for tourists on the Montego Bay to Appleton Estate run.

There are the different uses that the stations have been put - a woodwork shop in Balaclava, a home and bar in Catadupa, a church in Buff Bay and a shoemaker's set-up in Linstead, St Catherine.

The stations are in varied states - in May Pen, Clarendon, and St Margaret's Bay, Portland, only the foundation remains; at Riversdale, St Catherine, the station yard is full of flowering plants.

And everywhere The Sunday Gleaner has been along memory line, there has been an eagerness to see the trains rolling again, coupled with doubt about it ever happening.

Now the journey along the steel rails into some of the communities the railway service passed through, as well as the lives and recollection of those whose lives it touched, ends in downtown Kingston.

There, the station is an office for the Jamaica Railway Corporation and a shelter for the engines and cars under a high zinc roof at the very end of the line.

Outside the shelter there are rusted cars frozen to the line, flatbeds, passenger cars and cargo cars with wooden sides, left where they last stopped.

The JRC logo is on many of the abandoned cars and on one engine under the shelter, which seems well preserved, is the legend 'Jamaica Railway Corporation, 54, 1944'.

Looking towards the area where the railway line heads towards Three Miles, and the rest of the country, the desolation is underscored by the overgrowth not only over the line, but also closing in at the sides.

At the station itself, the 'Station Master' sign is still in place and there is a sign indicating 'This Way To Road', the counterpart to the 'This Way To Trains' sign on the road.

The concessionaire section is well preserved, with antiquated seating and old Red Stripe and D&G signs.

There is even a mini-replica of a train and passenger cars against a wall, that is at least in decent shape at the beginning and end of the memory line.