Gayle fails but his team wins 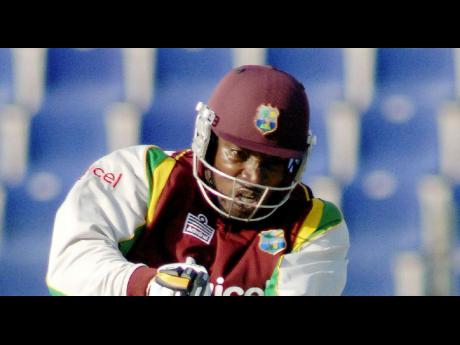 The left-handed Gayle scored just 14 as Kolkata piled up 183 for five from their allotted 20 overs after opting to bat first at the Punjab Cricket Association Stadium.

In response, Kings XI could muster just 144 for six to leave them at the bottom of the standings with their fifth loss in six outings. Kolkata have now won three out of six matches.

Gayle hinted at much to come when he smashed three boundaries in the first over sent down by Aussie speedster Brett Lee.

He stroked the third ball past point for four, ran the fourth to third man for another before heaving the final ball over mid-wicket for his third boundary in an over which cost 19 runs.

However, kept scoreless by left-armer Shalabh Srivastava off the first four balls of the third over, Gayle was brilliantly caught by Manvinder Bisla off the fifth with the fielder running from mid-wicket to backward square to pouch a two-handed diving effort just inside the ropes.

The innings was then propelled by a 79-run, third wicket stand off 57 balls between Manoj Tiwary and former India captain Sourav Ganguly.

Tiwary cracked eight fours and two sixes in a superb, unbeaten 75 from 47 balls while Ganguly scored six fours and one six in 50 from 40 balls.

When Kings XI batted, nearly all their batsmen got starts but none went on, leaving the target out of their reach.

Sri Lanka's captain Kumar Sangakkara hit 30 from 27 balls but Gayle had him stumped in the 15th over as Kings XI slipped to defeat.