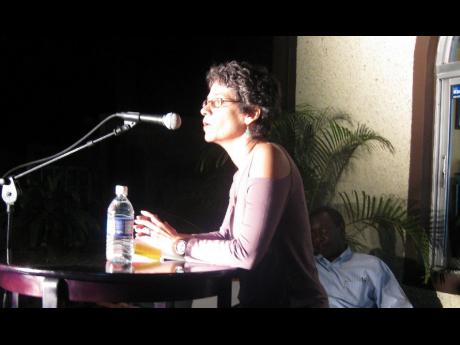 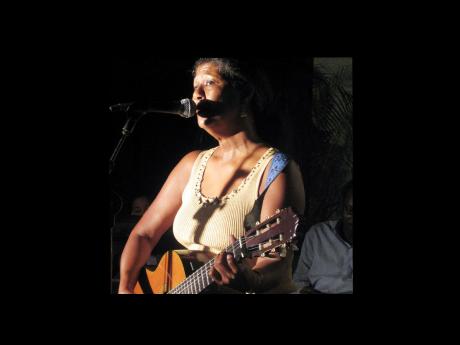 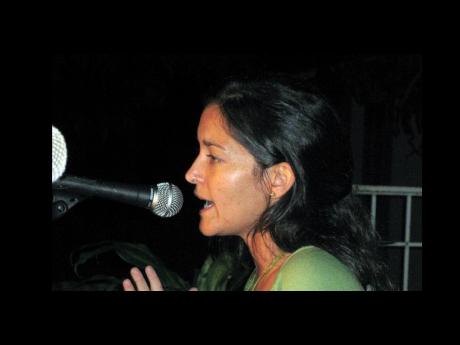 Sitting on a chair placed on the deck at Bookophilia, 92 Hope Road, St Andrew, last Friday evening, Diana McCaulay could hardly see her audience because of the bright lights. However, she knew not only that people had come for the launch of her first novel, Dog-Heart, but also the significance of the space they were in, normally slated for motor vehicles.

"I particularly wanted to launch Dog-Heart in a car park. That is where it started," she said, going back to her personal experience of being approached by a beggar in a car park and her reaction. "I think most fiction has its beginnings in 'What if?' So I started thinking what if I had a relationship like that with a child," McCaulay said. A relationship 'like that' is the one in Dog-Heart between Dexter and Sahara, who attempts to not only take care of him but also change the course of his life after meeting him in just such a situation.

McCaulay's encounter was in the 1990s and Dog-Heart, which is published by Peepal Tree Press, was started in 2003. At a Good Hope writers' retreat, McCaulay was required to write about someone of a different age, sex and economic background than herself. She went back to that experience and did the short story Car Park Boy. It was published and she decided that the seeds of a novel were in there. There was also the Calabash International Literary Festival workshop, which gave McCaulay further impetus.

McCaulay read four short passages from Dog-Heart last Friday night, saying that the last excerpt was narration which she read for her personal satisfaction. She smiled as she said that left to her, she would do nothing but narration - no plot, no people, none of the other components of a novel. In the reading was a clue to when the book was finished, as it was the year of multiple hurricanes. Someone in the audience guessed correctly, 2005.

And McCaulay, well known for her work in protecting the environment, said that she had taken along items such as a conch shell that night, in honour of "the other half of my life. But this book is for the people of Jamaica".

Dr Rebecca Tortello put Dog-Heart in the context of the non-fictional Jamaican society, noting that while it is not a children's book, it is an important statement on the situation facing too many Jamaican children. Tortello said that it speaks to many issues, among them single motherhood, literacy, access to quality education, poverty, social exclusion and teacher expectation. "When children enter our classrooms, if we do not expect them to achieve, chances are they will not achieve," Tortello said.

She congratulated McCaulay on writing "a story that is so raw and so real and has such painstaking attention to detail", noting the various programmes that the characters could have had access to in real-life Jamaica. However, while there are support agencies, Tortello said "we are not working enough together. In Jamaica, we are not short on ideas and creativity."

And Tortello said that Dog-Heart, a story of hope and tragedy, treats the pressing issue of "the divide between uptown and downtown and the effect it has on Jamaica's ability to grow". There is that connection between the social worlds in non-fiction Jamaica as in Dog-Heart but perhaps, Tortello mused, not connecting enough or connecting in a sustainable way.

"I hope she will write other books and probably a sequel," Tortello concluded.

Justice Dennis Morrison introduced McCaulay and Clement Hamilton hosted the launch. There was song to start off, Charmaine Limonious singing and playing the acoustic guitar, Evening Time and Wonderful World among the beautifully delivered compositions.