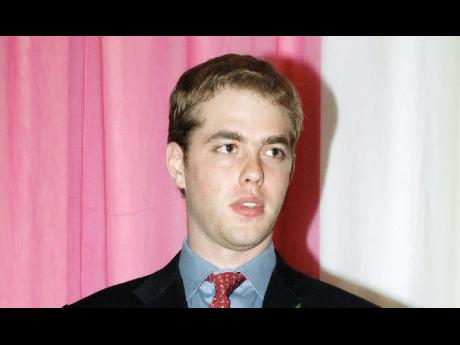 Ten years ago on a visit to the island, 14-year-old Anders Jones from Boston, Massachusetts had a casual conversation with a taxi driver that would change the lives of thousands of primary- and secondary-school students in Jamaica.

The driver told Jones that at his children's school, (Mountain View Primary), there were only two computers for the entire school. Even at that age Jones knew that in the future, nearly all jobs would require computer knowledge. Any child not exposed to the technology would be left behind. He immediately decided to help. He asked his father Mark to help him obtain at least 10 computers for the school. But Mountain View Primary did not have a lab, and the teachers needed to be trained in order to teach the students.

During the subsequent summer holidays, two teachers from the school went to Boston, Massachusetts for training and in 2002, Jones returned to Jamaica with 10 computers, 70 cases of software and 15 teen helpers. Teens for Technology was born. Its mission is to help children in under-served countries that need technological skills and training. Teens for Technology was founded by and is directed by teenagers, all of whom are volunteers. To date they have donated labs and computers (with the help of corporate entities), to more than 400 schools in Jamaica. Computers have been donated to over 250 schools, benefiting more than 500,000 students in six other countries - Haiti, the Democratic Republic of Congo, Peru, Thailand, Pakistan and Vietnam.

Fast forward to last Thursday when the Kiwanis Club of New Kingston awarded Jones with the first ever Jamaica Pegasus Hotel Outstanding Philanthropy Award. Jones was the only male to be honoured at its 18th Women of Excellence Champagne luncheon. Now a student at the University of Stanford, Jones has passed the baton to other teens and serves the organisation in an advisory capacity. In accepting the award, a very soft-spoken and humble Jones noted that the past is an indication of the future, and the award was an investment in the future.