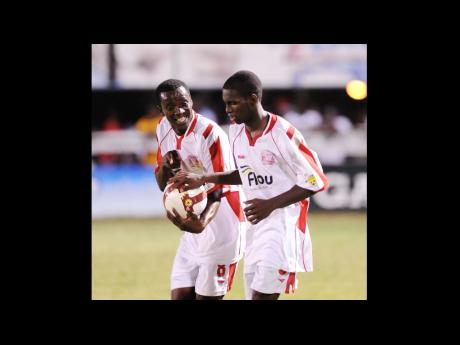 Clarendon outfit Humble Lion advanced to their first national final, when they clipped Portland campaigners St Georges 1-0 in the semi-final of the all-island Flow Champions Cup, at the Anthony Spaulding Sports Complex yesterday.

Led by a Kimroy Davis strike in the 54th minute, St George's secured victory and will now face Boys' Town in the final.

The final is slated for Sunday, April 18 also at the Anthony Spaulding Complex.

"It was not an easy game, but in the end we did what we needed to do to reach the final," said Humble Lion's newly appointed captain and goalkeeper, Shawn Sawyers.

"It's an extra boost for us given the fact that we are battling to stay in the premier league and the hope is that we can go all the way in the Flow Champions Cup and make the club and our community proud," he continued.

A game that failed to ignite any real excitement in either half, Davis' goal was as a result of poor goalkeeping from St Georges custodian, Randol Huie.

After receiving a pass atop the area, Davis skipped a challenge before side-footing a shot in the Huie's direction, and he was happy to see the goalie allowing the ball to slide under his arms after diving low.

"It's a tough loss," bemoaned St Georges skipper, Jermaine Taylor. "Having lost the first DPL end-of-round final to Tivoli Gardens we wanted to reach another and look to take a silverware from the season. But we allowed a soft goal.

"We will now have to just rebound and look forward to the premier league where we hope to secure a place in the top six and a place in next season's competition," he declared.