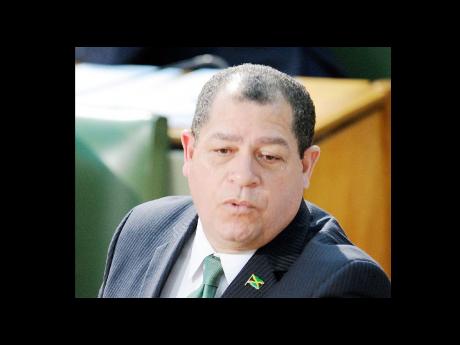 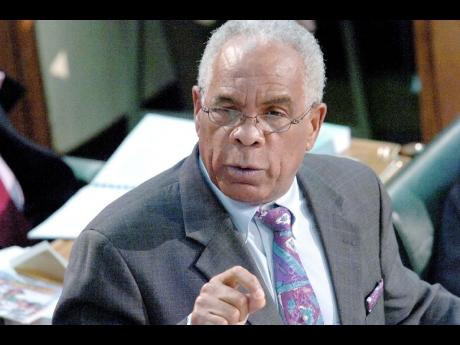 FINANCE MINISTER Audley Shaw will today lead his Cabinet colleagues into Gordon House to defend the spending that has been proposed for each ministry of government.

Already, the Opposition People's National Party (PNP) has indicated that the 'minister's seat' at today's Standing Finance Committee meeting of the House of Representatives will be a hot one. The committee will meet over three days, ending Thursday.

PNP President Portia Simpson Miller told The Gleaner yesterday that the Opposition would be asking some "serious questions" of the Government.

"The numbers are very confusing and the Budget appears far from credible. We said the budgets presented in 2008-2009 and the 2009-2010 budgets were not credible, but this one beats them. It is dread," Simpson Miller said..

Last Thursday, Shaw tabled a $499- billion Budget in the House. Among the key allocations are $72.3 billion to education, $39.7 billion to national security, and $33.2 billion to health.

Last fiscal year, Shaw tabled a $556 billion package, which the PNP then said was not credible. By September, the Budget ballooned to $562 billion, and then $593 billion at year end.

Dr Omar Davies, opposition spokesman on finance, told The Gleaner that despite the "confusing document", the Opposition was preparing itself to participate fully in the examination of the proposed estimates.

A group of university students last week argued that the Government's handling of the economy suggests that the numbers presented in the Estimates will not hold.

Yesterday, Lloyd D'Aguilar of the group Campaign for Social and Economic Justice called on Jamaicans to protest against the Government's Budget, which he said "sanctions layoffs, social service setbacks, and financial slavery".

Earlier this month Shaw said, "The budget will be reliable." He also signalled that there would have to be adjustments in terms of expenditure.

"There are going to be some areas of capital expenditure that will have to be truncated in order for us to stay on course in terms of fulfilling the IMF (International Monetary Fund) targets. There are sacrifices that we will have to continue to make for some time," Shaw said.

The Opposition and Government could lock horns over several proposed allocations in the Budget. There have been significant capital cuts for areas in agriculture, justice, education, youth and sports and health.

Meanwhile, Government has budgeted only $50 million this year to deal with the effects of natural disasters. The same amount was budgeted last year but none was spent as the country was spared from hurricanes and earthquakes.

The Bruce Golding administra-tion, which has re-entered a borrowing relationship with the IMF, has said repeatedly that the Budget had to include several cuts, but pledged to increase its support to the social security system.

Government plans to spend $2.4 billion on poverty-alleviation programmes to be implemented by the Jamaica Social Investment Fund.