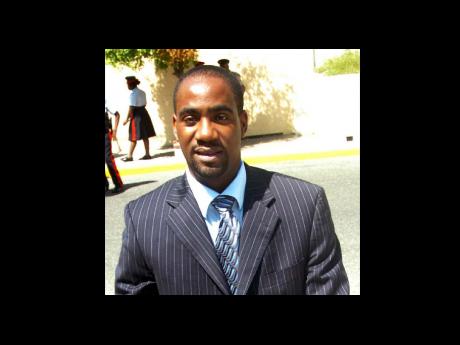 Another early adjournment of the Cuban light-bulb trial occurred yesterday at the Half-Way Tree court after a peeved Senior Resident Magistrate Judith Pusey chided Director of Public Prosecutions Paula Llewellyn and her team, who she accused of poor case management.

The trial, which stopped and started several times throughout yesterday, ended at 2:34 p.m. so the Crown could complete the preparation of transcripts of recordings between former Junior Energy Minister Kern Spencer and main prosecution witness Rodney Chin.

The defence is contending that it needs the transcripts to effectively prepare for the cross-examination of Chin, which should begin today.

The defence will also use the time to explore bank and company documents, which it said were not in its possession until yesterday's trial.

These documents include bank cheques which Chin claimed he had signed for co-defendant Coleen Wright.

Chin testified that Wright had sent the cheques with a driver for Chin to sign, saying she needed the funds to take care of bills.

Chin, however, said Wright used the money to set up a security company. The defence raised objection to the admission of these cheques, saying the prosecution had not laid proper ground to prove the relevance of the cheques to Wright's case.

The prosecution, however, said the admission of the cheques would prove Chin's credibility, as he earlier had said he had not benefited from the light-bulb affair and would prove that Wright had corrupt intent.

Pusey eventually allowed the 40 cheques into evidence, saying they related to Spencer's case and not Wright's.

Before this, Pusey lambasted Llewellyn, saying that the absence of the transcripts which were ordered on Thursday, was unacceptable, and that it indicated poor case management.

Pusey was also not impressed with Llewellyn, who did not have copies of original documents from the bank, despite the case going on for a year.

She implored Llewellyn to use her powers to make sure her case ran smoothly and said that it was not a "kangaroo court, a donkey court or a fool-fool court, but a real court".