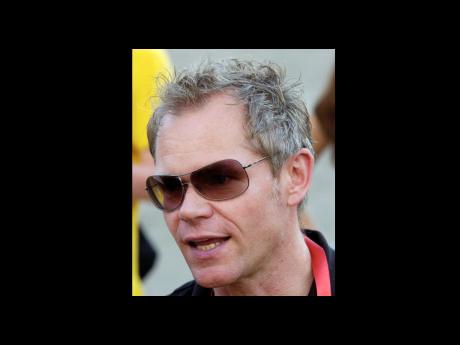 Puma, the multinational Germany-based sports goods manufacturers which has endorsed numerous sporting stars, including Jamaica's sprint sensation Usain Bolt, has dismissed rumours that other sponsors are looking to pry Bolt from its grasp.

"At the moment, Usain represents track and field. He is such an outstanding athlete, which comes around only every 15 years.

"Of course, he is the most important element for us as an athlete," added Rolling, who is looking forward to the Diamond League, which will commence on May 14 in Doha, Qatar.

"Before the World Champion-ships next year, one of the very important events is the Diamond League and the participation of Usain Bolt this summer. We certainly expect a lot of great performances. This will give us an opportunity to include that in our marketing mix again, to communicate Usain and Jam-aica's involvement with Puma."

His company is the sponsor of Jamaica's track and field team and Rolling thinks it has been a great partnership.

"When we decided to work with Jamaica some years ago, we took the decision to do so because Jamaica speaks the brand's essence in terms of the mix of sports and lifestyle," he noted.

"Jamaica is very successful on the track, but also an attractive country, and there is the culture and the music, and this is a perfect match for Puma."

"We have been sponsoring Boys and Girls' Champs for the last 10 years or so because Jamaica's success starts at Boys and Girls' Champs. We always bring some journalists from overseas to increase the exposure of Champs and the fantastic atmosphere that surrounds Champs, which you can find nowhere else in the world."