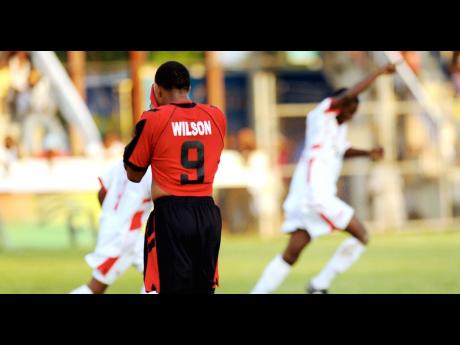 Price said: "Renae Lloyd ... I don't think this player knows the potential he has. Renae Lloyd is an excellent player and once he works hard he can be a great player, and he showed that today by getting all of three goals."

Lloyd's goals were scored in the 23rd, 76th and 81st minutes, while Michael Campbell notched the other goal in the 68th minute, to hand Boys' Town a memorable victory in the humdinger.

Price added: "When we went down 2-1 in the first half and went in at half-time I told my team there is no need to panic, we are a much fitter team than Arnett Gardens and if we come out with the same tenacity as we did in the last 20 minutes of the first half, we would be able to overrun them. We gave up three softs goals, (but) I am happy that we showed true heart of champions and we were able to come back and we are back in the final to defend our title."

"I think our defensive unit was not organised today and our midfielders were not tracking, marking and tackling; I thought that caused us to lose today," he said after the match.

Three minutes into the second half is where the game was either lost or won for the Junglists. With his team leading 2-1, Wilson broke inside the 18-yard box but delayed his shot, which was saved brilliantly by Boys' Town custodian, Philmore Crumbie.

Boys' Town let them pay as Michael Campbell nodded home a cross from the right side by Man of the Match Lloyd, to level the contest at 2-2.

Boys' Town took the lead for the second time in the match the 76th minute as Lloyd struck his second goal.

Lloyd, who was involved in all four Boys' Town goals, tapped in the winner in the 81st minute, giving the reigning champions a chance to defend their crown.

Sadly, the game, which was pleasing to spectators, ended on a sour note, as Arnett Gardens' Anthowe Dawkins was shown the red card by referee Kevin Morrison for striking Boys' Town's George Vernal close to full time.

In the final, which is scheduled for Sunday, April 18, at the same venue, Boys' Town will face Humble Lion, which beat St Georges 1-0 in the opening game of the semi-final double-header.