'It's the best feeling I've ever had' 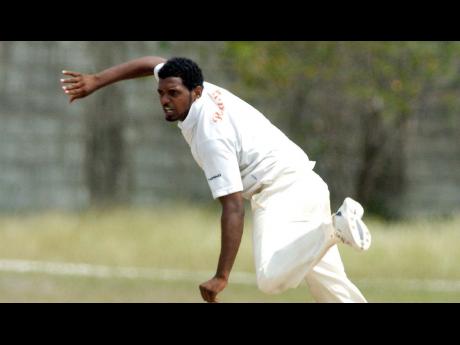 FOLLOWING his record-equalling feat - taking six wickets in six balls - Kensington's left-arm wrist spinner Dennis Bulli says bowling the ball in the right areas was the key to his phenomenal success in the Jamaica Cricket Association Senior Cup match against Portland at Kensington Park this past weekend.

The second-round encounter, which ended with the home team winning by 10 wickets, saw Bulli equalling the record while excelling in the first innings when he ended with 7-14.

"It was all about putting the ball in the right area for each delivery," said Bulli, who is a former national Under-19 representative.

"Before the feat I had always taken seven and eight wickets in an innings, and 14 and 15 wickets in a match, and back-to-back wickets, but never a hat-trick. So to see the hat-trick happen, and happen twice, is truly a great feeling.

"It's the best feeling I have ever had since playing cricket," he added.

Bulli, who turned 23 last Friday, joined another former Kensington player and national umpire, Gifford Anderson, as the only Jamaicans to accomplish the feat in a competitive match.

Anderson, who went on to become a renown cricket umpire, accomplished the landmark in 1961 at Caxton Park, now the Bell Chung Stadium, while playing for the now defunct Government Printing Office, in 1961 while participating in the business house competition.

"I am happy for him because records were made to be broken. When I heard about it I said to myself, 'wow! somebody really equalled it'," Anderson told The Gleaner yesterday.

"I have been watching him (Bulli) as an umpire from schoolboy days when he was a standout and, in fact, I am surprised that he has not made it to senior level as yet," Anderson declared.

The win propelled Kensington to joint leadership of Group A along with St Thomas, who scored an innings and 89 runs win over Boys' Town at Collie Smith Drive, to also record two wins from as many starts.

Elsewhere in the group, Lucas claimed first-innings honours over Kingston and St Andrew at Maxfield Park.

In Group B, Hanover jumped to the top after scoring a 35-run win over Police at Elgin Road. They are followed by G.C. Foster College, which lost first innings to Clarendon at Jamalco.

St Mary defeated St James by nine wickets at Jarrett Park in the group's other fixture.