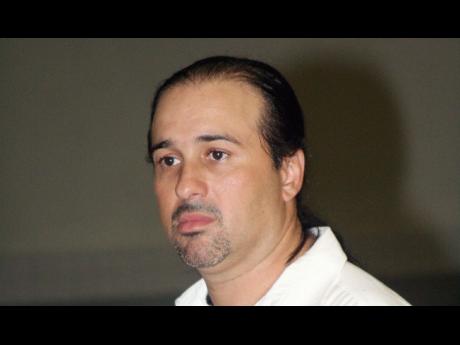 Edwards, leading the men for the first time, maintained his brilliant international form and handed Jamaica victory after the combined national teams of Vietnam and Poland rallied from two bouts down to pull level at 2-2 in an exciting match.

The women's captain, Future Leader's Cunningham, won back-to-back fights, including the tie-breaker to give the Jamaican women's trio a historic victory over their Vietnamese counterparts.

After watching a two-point lead by Alrick Wanliss and Nicholas Dussard vanish through injury to Bruce McFarlane and newcomer Scott Wright's loss, McKay, sitting in for coach Claude Chin, went for his trump card.

"I knew Wanliss and Dussard would win because they are almost unbeatable in weight-regulated team sparring," he said.

"Once we had the lead, I was trying to draw out their super heavyweight by sending out McFarlane, as he is so large, but that didn't work and then he got injured.

"They sent him out after, trying to get me to send out Edwards. I wasn't going to take that chance, as he is the only one who stood a chance against Edwards, because of his size.

"I sent in Scott, knowing he would have been at a serious disadvantage. However, I knew Edwards would have been able to take the remaining Pole," said McKay, explaining him sacrificing Wright.

McKay said he was proud of Edwards, who was leading the team for the first time. He was also over the moon with Cunningham's heroics.

After a draw by Tashauna Grannum and a loss for Danielle Chang, who had reach problems, it came down to Cunningham in the three-match encounter.

The women's captain rose to the occasion by putting her opponent to the mat on four occasions, to tie the match 1-1.

McKay afterwards shocked the auditorium by sending Cunningham back to the mat for the tie-beaker, which she also won.

"Oh, God. I never expected to be down a bout going into the final match," McKay said, reflecting on the bout.

"I trained her to fight a series of rounds so she's fit and, as captain of the team, this is what was expected of her," he added.