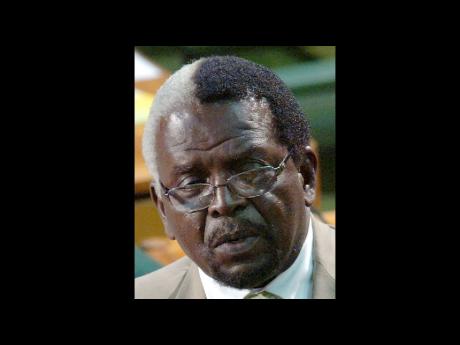 The Ministry of Labour and Social Security is banking on an additional $2.8 billion of collections from National Insurance Scheme (NIS) contributions in the new fiscal year, needed to offset the fallout from investment income from the domestic bond recall programme.

A proposal on the NIS increases could go before Parliament as early as next week for implementation of the increase by June 2010, sources tell Wednesday Business, and while the labour ministry has confirmed that a review is in progress, it refused to say whether the changes contemplated would affect the rate of NIS contributions or the wage cap to which the rate applies, or both.

However, well-placed sources say Labour and Social Security Minister Pearnel Charles has signed off on a proposal for increasing the wage cap.

Newly released budget documents estimate NIS contributions at $6.65 billion for the 2009/10 period, which closes today, but projects that figure will climb 42 per cent to $9.47 billion in the new fiscal year, of which $1.89 billion will go to the National Health Fund.

The other $7.57 billion falls more than $2 billion short of the budgeted $9.84 billion needed service pensions over the year.

The same documents indicate that the National Insurance Fund (NIF), which manages and invests the funds collected by NIS, is projecting that interest income will wane by more than $2 billion, or 30 per cent, from $6.9 billion to $4.86 billion.

The fallout is more than the $1.2 billion that Labour Minister Pearnel Charles had said the JDX would cost the fund, but on Tuesday Audrey Deer-Williams, senior director of investment at NIF, said the numbers include expected declines of around 10 per cent for dividend and rental income — though the budget documents accounts separately for those investment categories.

But there are some groups that are treated separately - soldiers, members of parliament and minimum wage earners, who pay a flat $20 per week, or $1,040 per year.

Minister Charles has confirmed that rate for these groups will be revised, while insiders say the proposal is for them to begin paying the same NIS rate as other contributors to regularise the scheme.

It will also mean that the benefits they get at retirement will also improve, the source said, as the level of contributions correlates with size of the pension paid to retirees.

The Government, for two years or more, has been mulling over whether the rate of 2.5 per cent or the wage ceiling of $500,000 should be increased in order to preserve the sustainability of the scheme, and what the implications would be for company payrolls.

Jamaica's employment numbers were last estimated at $1.27 million, inclusive of a public sector of about 117,000.

The wage ceiling was last increased in 2003, from $250,000 to $500,000, at the height of concerns that the 'greying' of the population would eventually run the public sector pension fund dry.

A new actuarial study on the viability and longevity of the NIF has not been published, but Deer-Williams said the findings show that the "Fund remains financially viable."

The NIF is expecting lower growth rate on its portfolio of 11.5 per cent for 2010/11 but foresees growth at a reducing rate, of 0.5 per cent for each of the next three fiscal years.