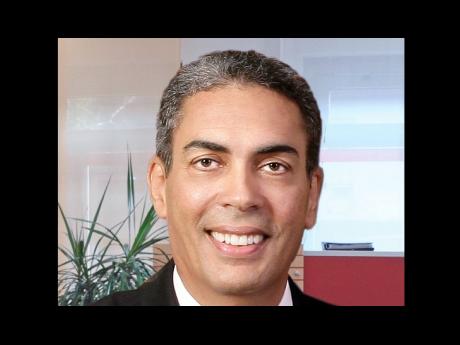 Sagcior Life Jamaica and its investment banking subsidiary Pan Caribbean Financial Services (PCFS) have been removed from 'watch' status by CariCRIS, the region's only credit rating agency, which says it is now satisfied that their exposure to the domestic bond recall is minimal.

The four companies were placed under review watch in January at the launch of the Jamaica Debt Exchange (JDX) programme, which CariCRIS said was likely to have varying degrees of impact on their profi-tability, capitalisation, asset quality and asset values of financial institutions on its ratings schedule.

The JDX which concluded on February 24, saw the issue of 24 new bonds with longer maturity and lower interest rates replacing approximately 350 old bonds carrying interest rates that averaged 18 per cent but ranged as high as 28 per cent.

Pan Caribbean was removed from watch two weeks ago with the regional ratings of CariBBB- for its foreign currency debt and CariBBB for local currency being re-affirmed. CariCRIS expects the capitalisation of PCFS to remain strong enough to withstand external shocks.

Its national ratings of jmA+ on US$25 million of outstanding debt has also been reaffirmed.

"The ratings of PCFS continue to reflect the company's strong capitalisation levels underpinned by a large tangible net worth base and high coverage to an interest rate shock," said CariCRIS.

Pan Caribbean is one of Jamaica's largest investment firms, repor-tedly in the top five.

The firm is ultimately owned by Sagicor Financial Corporation of Barbados through Sagicor Life Jamaica, which has majority holdings of 85 per cent.

CariCRIS cited Sagicor Jamaica's dominant market position in the Jamaican life insurance industry with leadership positions in all segments of the market, as factoring in the decision.

The rating also reflects the healthy earnings position and capitalisation that the company enjoys, and likelihood of support from group parent Sagicor Financial Corporation in a crisis situation, the ratings agency said..

In its latest earnings report for the nine-month period to September 2009, Sagicor reported consolidated revenues of $21.3 billion and profits attributable to shareholders of $4.5 billion, and was on track for record annual profits.